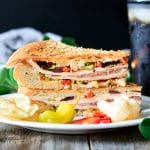 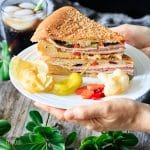 Are you tired of having the same kind of sandwiches for lunch?  Break the boredom and try a muffaletta.  It just might be the best sandwich you have ever tasted. 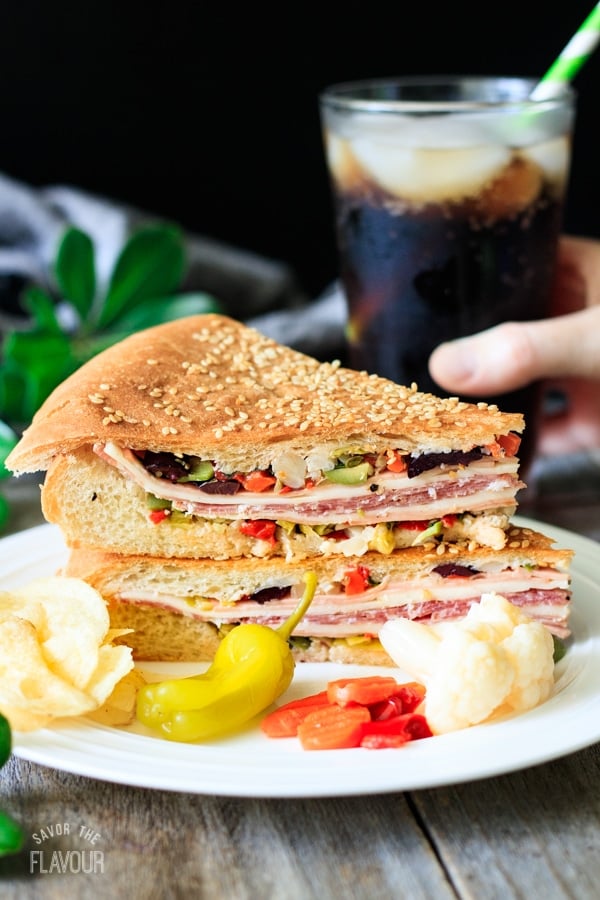 For over a century, this Italian sandwich has been famous in New Orleans.

Rumor has it that the owner of Central Grocery invented it in 1906.  Salvatore Lupo would watch fellow Silicians eat their lunches of Italian pickled vegetables, meats, cheese, olive salad, and bread.

He decided it would be easier and quicker to eat lunch if all those ingredients were layered into a hearty sandwich.  He also compressed it by weighing it down to improve the flavors and to make it easier to eat.  This had instant success with the local Silicians and now with the tourists.

Can you make this the night before?

Yes, you certainly can.  Muffaletta actually tastes even better when it can sit overnight!  It's best to eat between 2 to 24 hours after it has been assembled.  It also travels well in a cooler, so it's great for picnics or tailgating.

How many calories are in one serving?

If this large sandwich is cut into 12 wedges, one wedge would have 499 calories and 29.6g carbs.  For more nutritional information, scroll past the recipe card.

What can you serve with this recipe?

To round out your meal, you might want to consider serving potato chips, homemade giardiniera or other pickled vegetables like pepperoncini. 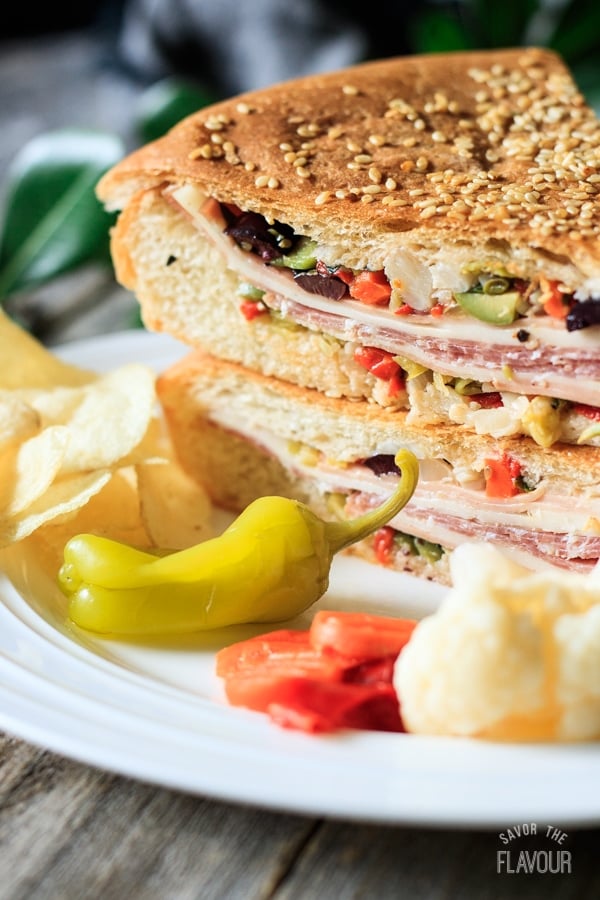 Cut a 10 inch round loaf in half horizontally, then hollow out the top and bottom halves.

WanReserve the bread pieces for croutons, bread crumbs, or just a snack.  Brush the hollowed out halves with olive oil and any extra oil from the olive salad. 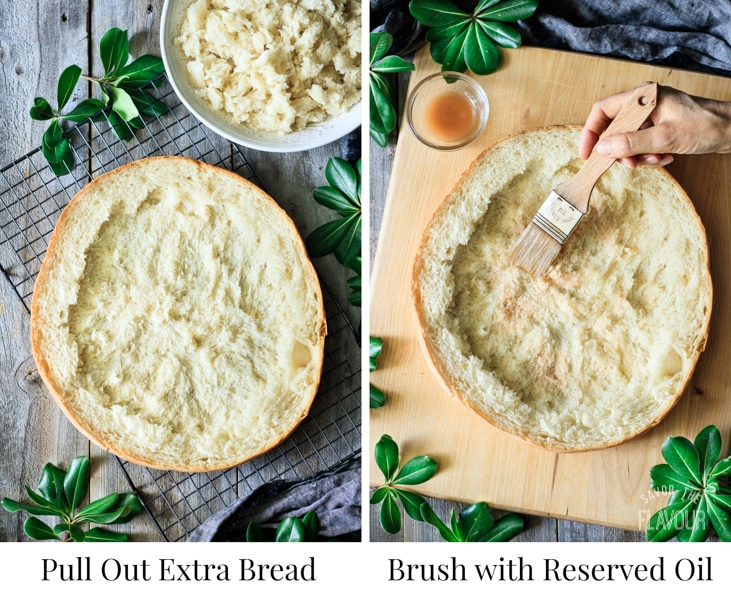 Here comes the fun part: fill in each half of the loaf with olive salad, mortadella, provalone, and sopressata.  If you want more meat and cheese, add an extra layer.

Carefully flip the top half onto the bottom half to make the sandwich. 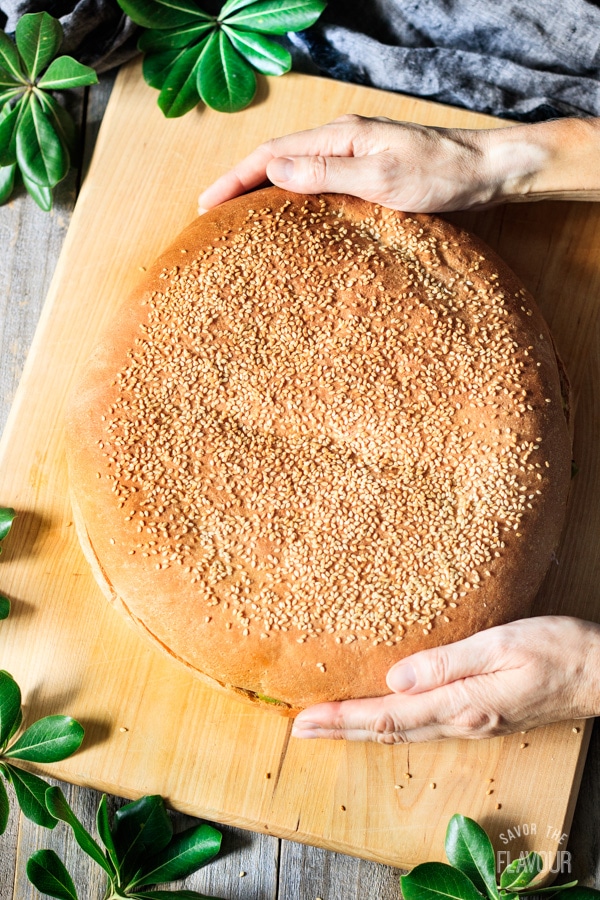 Wrap it tightly with plastic wrap so it doesn't dry out.  I used a cake lifter to help, as this is huge and heavy! 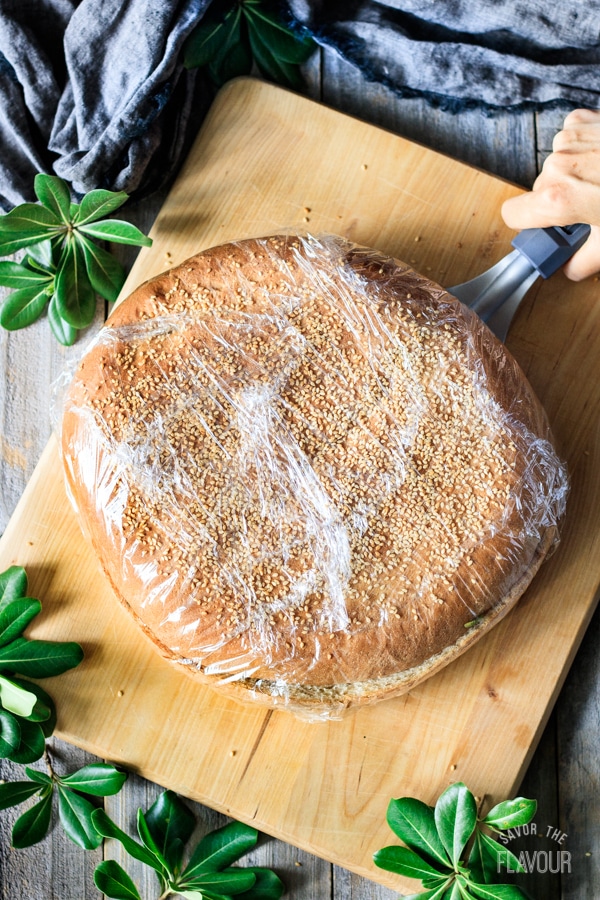 Place it in the fridge to keep it cool, and weigh it down with a heavy cast iron skillet or pot to help compress the layers. 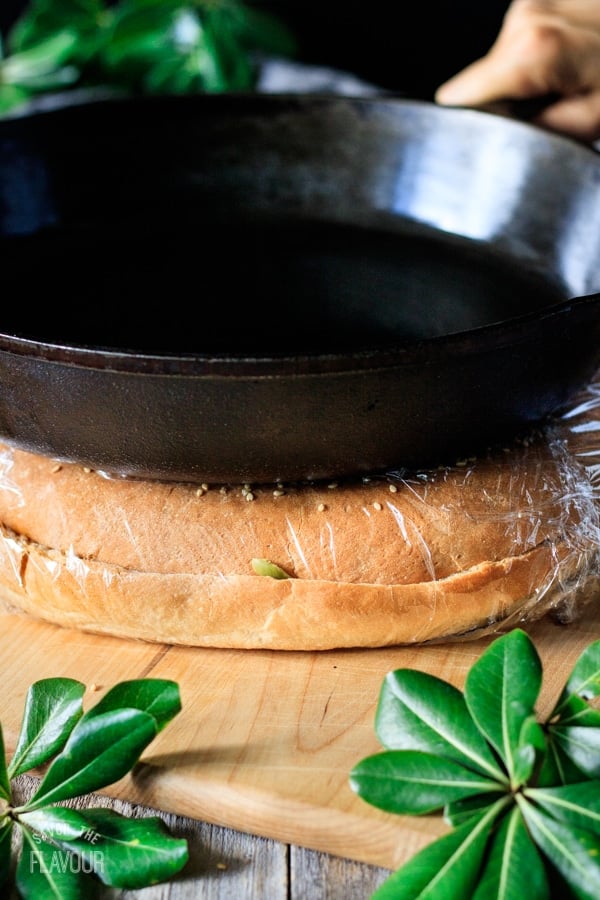 After a couple of hours or overnight, unwrap the muffaletta and slice into wedges.

The good news is you don't have to visit New Orleans to get a bite of this delicious muffaletta.  Follow these recipes, get your cheese and meat from your local deli, and you too can have a taste of N'awlins in your kitchen. 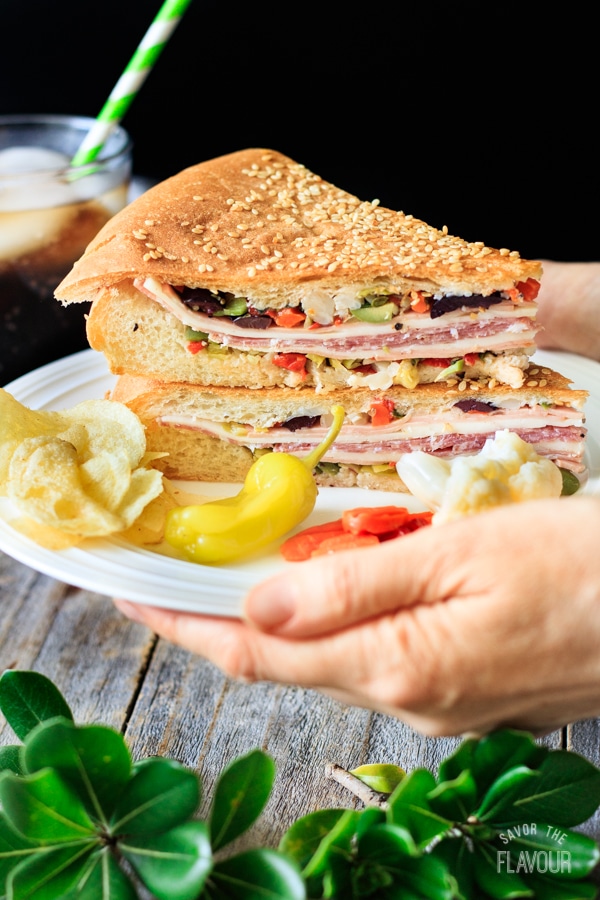 Make an unforgettable muffaletta sandwich with these other recipes.

Muffaletta is an iconic sandwich from Central Grocery in the French Quarter of New Orleans.  Fresh bread, olive salad, deli meat, and cheese are layered in this showstopping sandwich.  It's an unforgettable addition to your Mardi Gras or Super Bowl menu!