Are you craving some comfort food from Louisiana?  Try making our one pot creole jambalaya for supper.  It's easy to do, and everyone will love it! 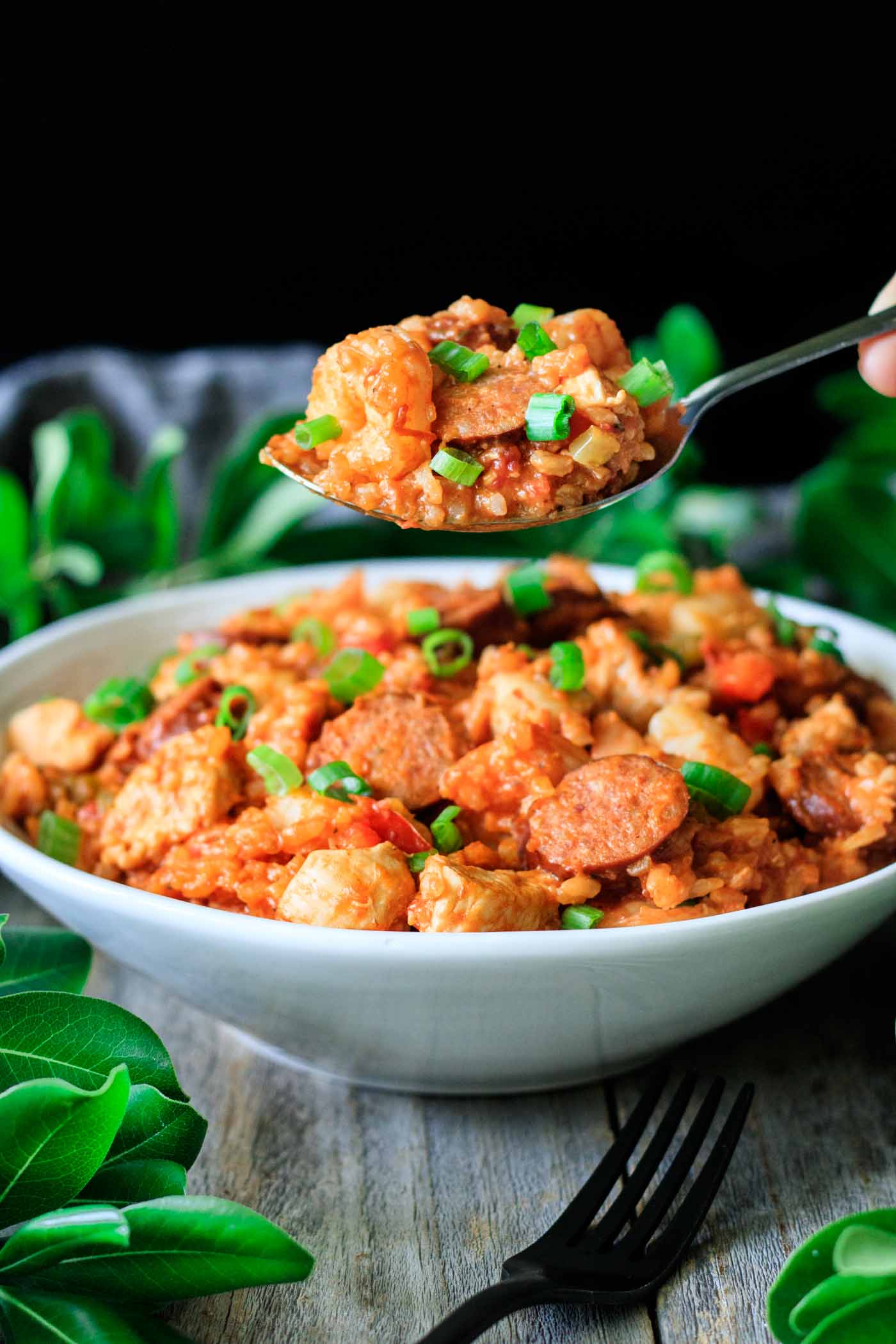 What is the history of jambalaya?

It is traditionally believed that the Spanish settlers invented this dish.  They adapted their beloved paella, which required saffron, to the ingredients they could get in Louisiana.

What is the holy trinity?

What is the difference between Creole and Cajun jambalaya?

The main difference is the color.  Creole, or red, jambalaya has tomatoes in it, so it will be red or orange in color.  Historically, tomatoes were easier to get in New Orleans because it was a port city.   Cajun, or brown, jambalaya doesn't include tomatoes, because it was harder for the Cajun people who lived in southern rural Louisiana bayous to have access to them year round.

Another difference is the order in which the ingredients are cooked.  Creole recipes cook the meat and trinity together, while Cajun recipes spend time browning the meats before the trinity is cooked.

The last difference is the flavor profile.  Cajun jambalaya has a more umami-rich flavor due to the browning of the meats, while the Creole kind is more acidic, due to the tomatoes.

Start by gathering some of the ingredients: crushed tomatoes, broth, spices, rice and chopped green onion for garnish.

Prep the ingredients for the holy trinity.  Chop up the onions, red pepper, and celery then mince up the garlic.

Gather the meat ingredients and the fat.  Cut up the andouille sausage and the chicken breast then peel the fresh shrimp.

Over medium high heat, cook the holy trinity until the onions are soft, scraping the bottom of the pot with a wooden turner to get the brown bits off from browning the meat, then add the garlic and cook until fragrant.

Over medium high heat, toast the rice by stirring constantly for 3 to 5 minutes then add the spices and mix well.

Add the tomatoes, chicken broth, and the browned meat.  Cover, bring to a boil, then reduce heat to medium low and simmer for 20 minutes so the rice can cook.

Stir in the shrimp, cover, and cook for 3 minutes.  Taste and adjust seasonings, if necessary.

Remove the Dutch oven from the heat, and allow to rest for 20 minutes so the rice can absorb more liquid.  Garnish with chopped green onion and serve while still hot.

The next time you are craving a food from southern Louisiana, make this recipe to serve your family and friends.  It will quickly become a family favorite.

Bring back memories of being in the French Quarter with these other delicious recipes.

One pot Creole jambalaya is a recipe that will bring back memories of being in the French Quarter of New Orleans.  It’s full of shrimp, sausage, chicken, tomatoes, and rice.  Jambalaya is perfect for a party or a family dinner, since it’s so easy and everyone loves it.

This recipe was originally published in June 2018.