Aren't mincemeat tarts just one of the best Christmas pastries?  I love the rich, spiced mincemeat, gloriously flaky pastry, and the dusting of icing sugar on top.  Let's learn some history behind these delectable treats, plus how to make them. 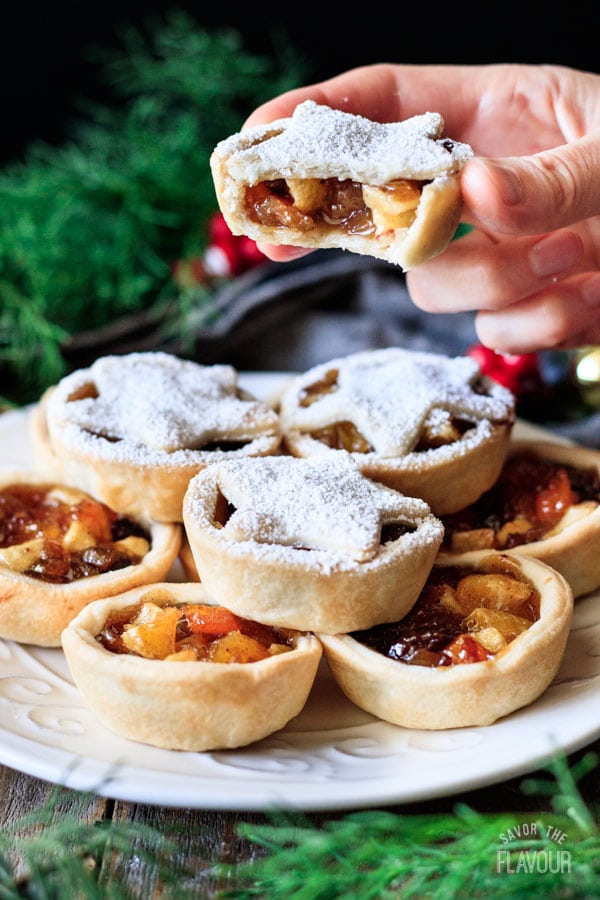 What are mincemeat tarts?

They are individual pies that are filled with mincemeat, a mixture of dried fruit, spices, and a little bit of brandy.  Each pie is typically topped with a pastry and dusted with sugar.

The filling is typically aged to give it a rich, deep flavor from the sweet dried fruit, aromatic spices, and brandy.  Mince pies are not overly sweet, but have a wonderful fruity taste.

What is mincemeat made from?

It is made from dried fruit, spices, brandy, and occasionally suet.  Traditional mincemeat also would have contained minced meat, but that is no longer common. 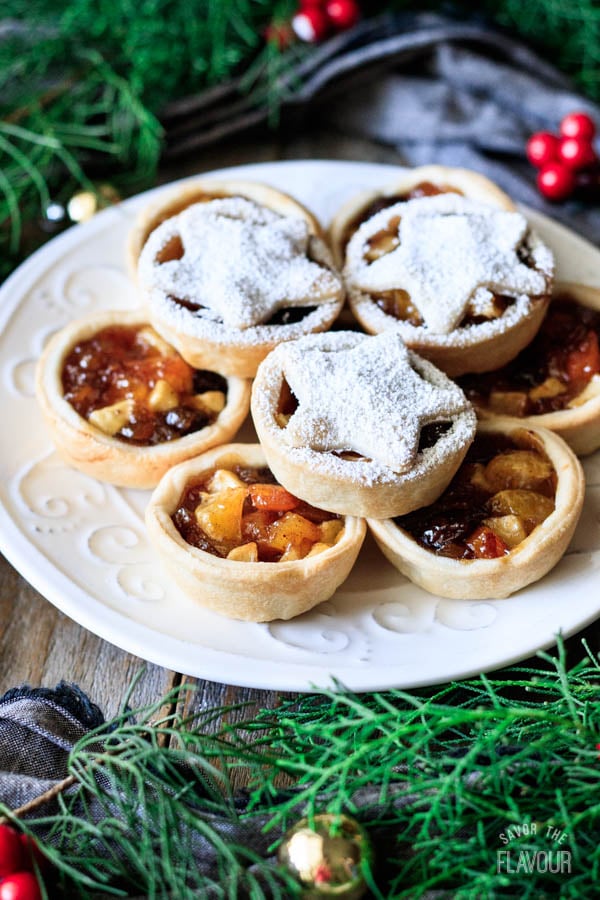 Mince pies never were actually illegal, although back in the 1600s, Oliver Cromwell did ban many festive foods to put an end to gluttony.  Don’t worry; you definitely won’t get arrested for eating a mince pie!

Most modern mincemeat is vegetarian, although some brands do contain meat.  For example, the American brand None Such still contains beef.  Just check the label or make your own - it's really easy. 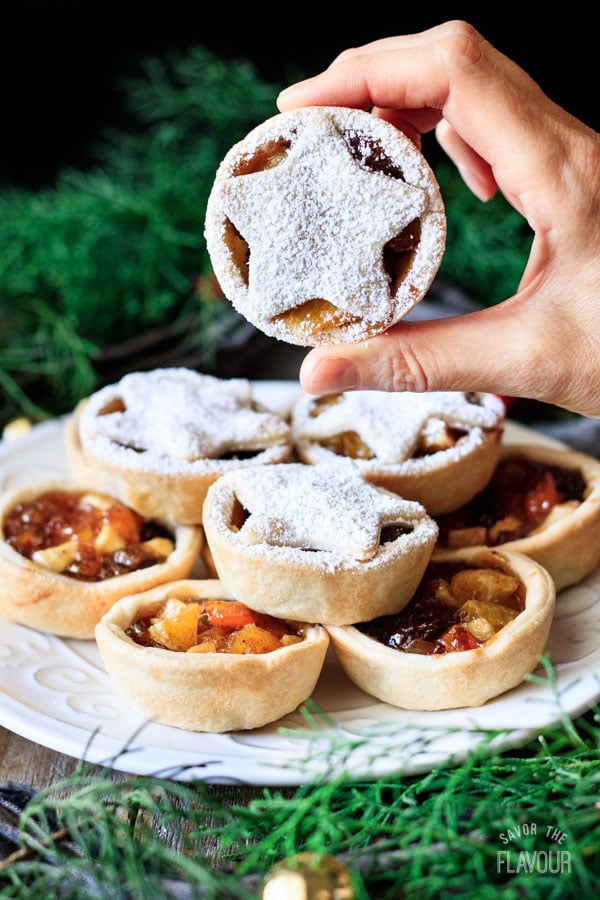 Are these treats British?

Yes, they are British.  They have been enjoyed in the UK for hundreds of years, and are now popular throughout the world during the Christmas season.

What is in mincemeat?

It is made up of four main components: dried fruit, candied peel, spices, and liquids.  You can make your own with the following ingredients if you want to customize it.  You can use it right away, or if time permits, let it age for a few days or up to one week.

Are mincemeat tarts good for you?

Of course, these are a Christmas dessert, so they’re not the healthiest treat out there.  One homemade mince pie according to my recipe contains 366 calories, 8.5g of fat, 71.4g of carbs, and 51.9g of sugars.  For more nutrition facts, scroll to the end of the recipe card below.

Why do you eat them at Christmas?

These treats have their origins in medieval times, when the Crusaders brought back the concept of mixing fruit, meat, and aromatic spices together.  The English started serving mincemeat in large oblong pies to mark the Christmas season.  Over the years, the pies have changed to round, individual-sized pies, and the filling rarely contains meat. 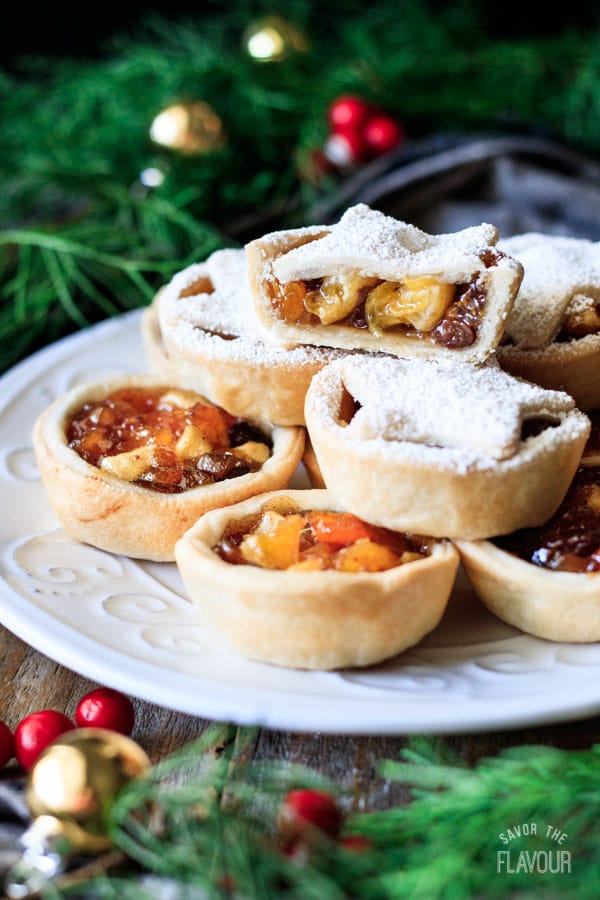 Can I eat mince pies when pregnant?

Yes, you can eat them when you’re pregnant.  Most mincemeat does contain alcohol, but it is just a small amount and is cooked off when the tarts are baked at 400F.  If you feel better making your own alcohol-free filling, substitute the ¼ cup of brandy for apple cider.

How long do they keep?

They keep sealed in an airtight container at room temperature for up to 1 week.  Alternatively, you can freeze them for up to 3 months.

Seal them inside of a zip-top freezer bag and press out the extra air.  Freeze for up to 3 months.  To defrost, place them at room temperature or microwave individual ones for 30 seconds apiece. 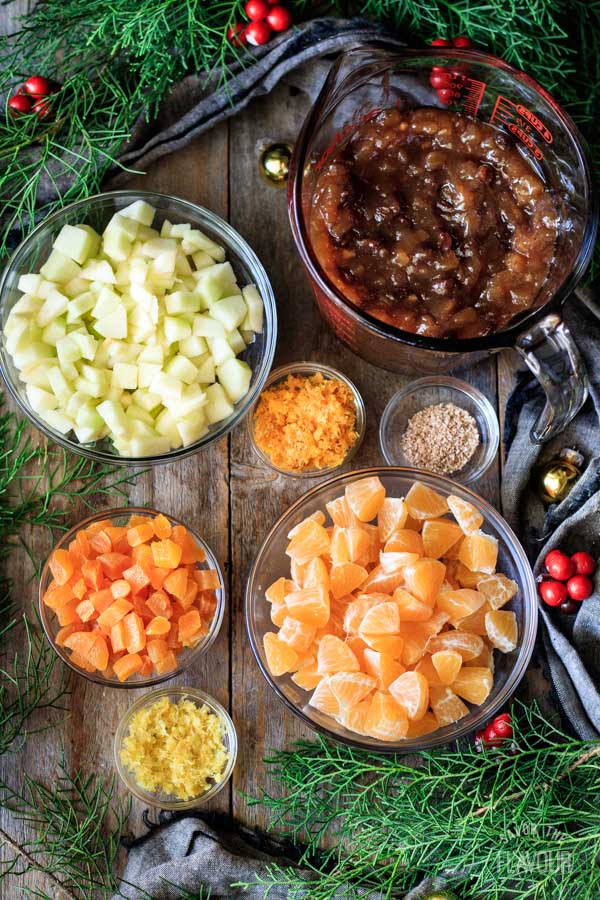 Place all the fresh fruit, zest, nutmeg, and mincemeat in a bowl. 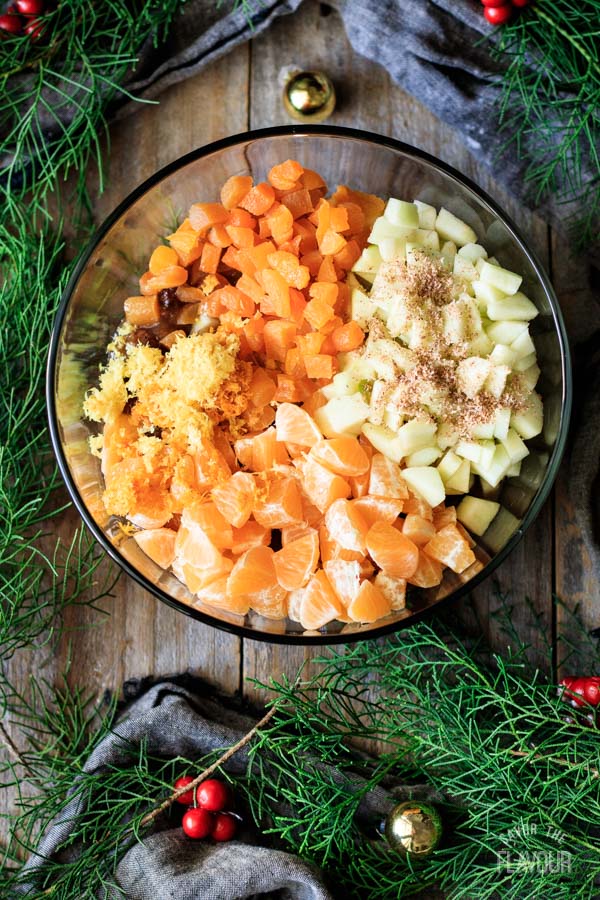 Stir gently until well combined, then set aside as you roll out the pastry. 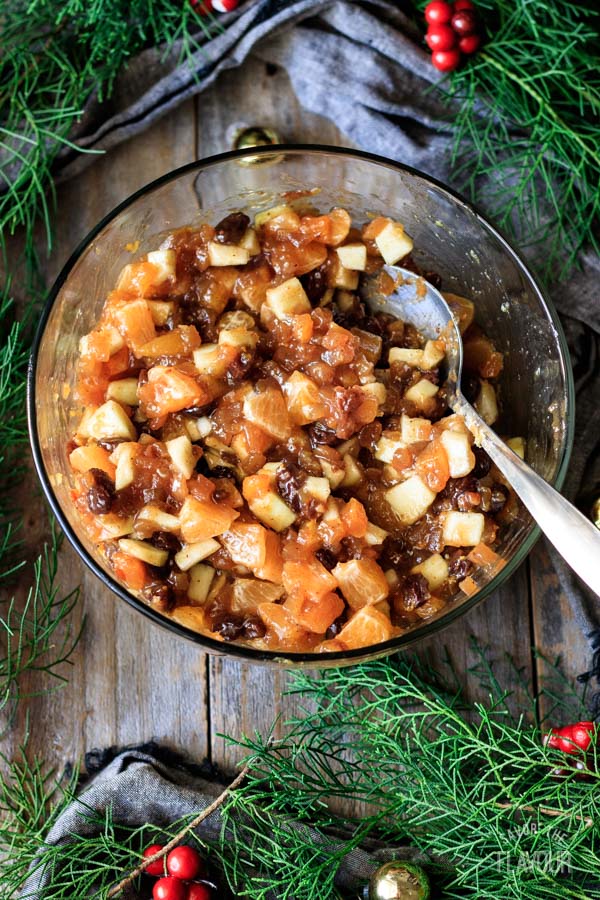 Roll out the pastry thinly on a floured surface.  Use a 3 ½-inch cutter to cut out circles of pastry, then place them in a 12-hole muffin pan. 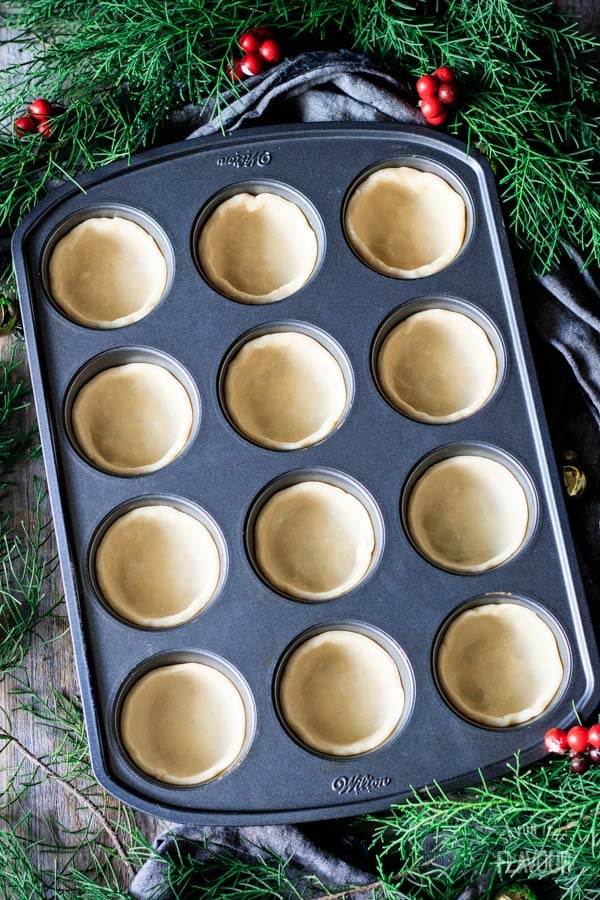 Fill each tart with two or three spoonfuls of filling. 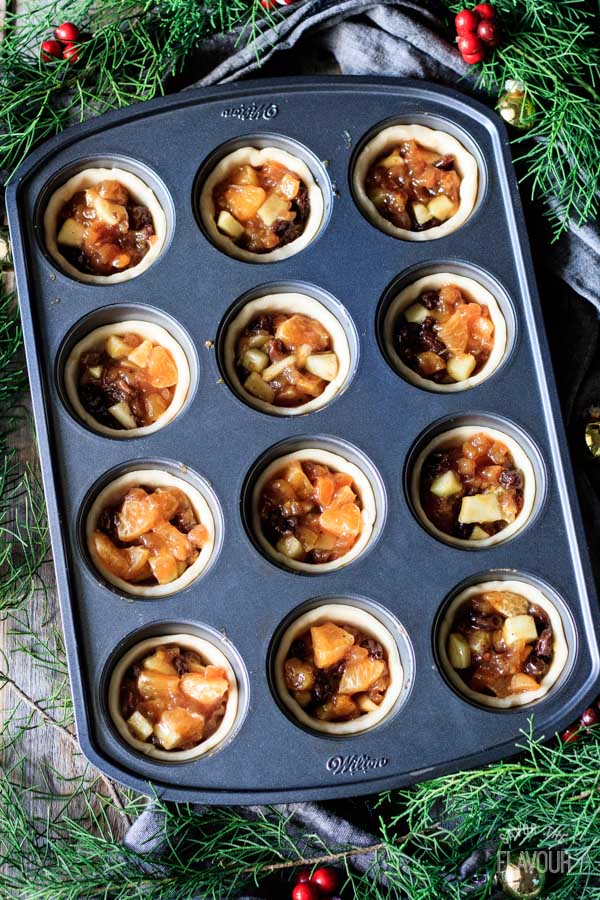 Top each tart with a pastry star, pressing it down on the edges to seal, and a sprinkle of caster sugar. 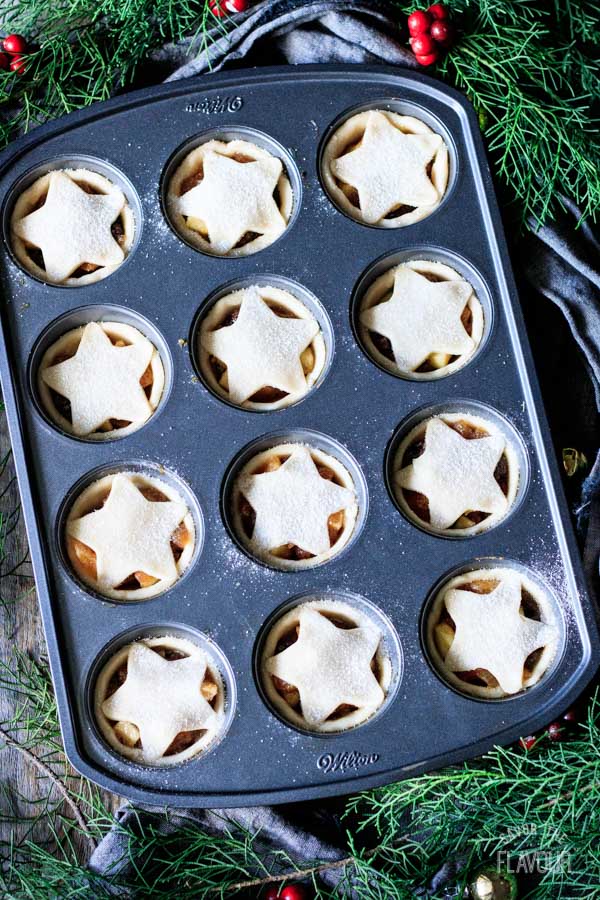 Bake the tarts at 400 F for about 20 minutes, until the mincemeat is gently bubbling and the pastry is a light golden brown.  Let them cool on a wire rack, then enjoy. 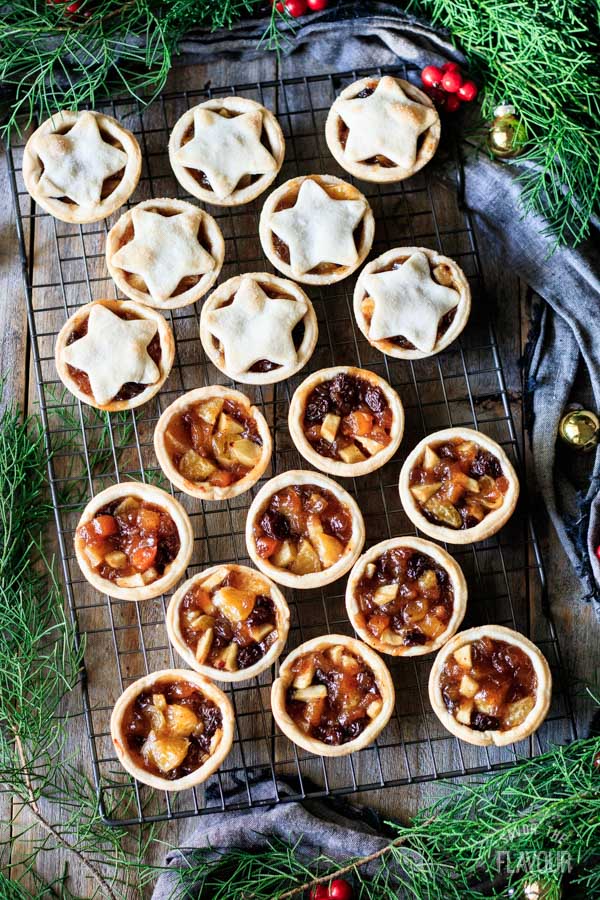 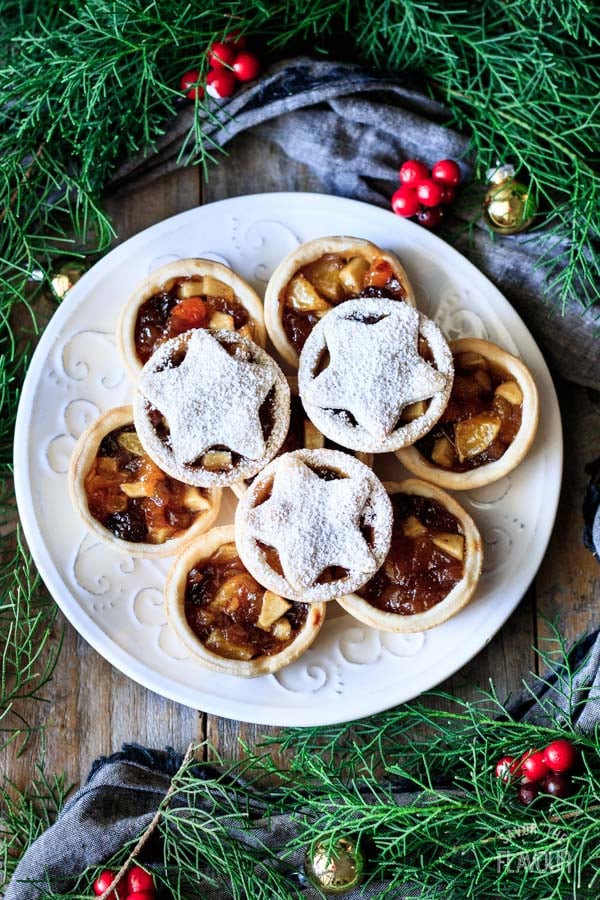 This easy recipe for traditional mincemeat tarts will have you coming back for a second one!  Add fruit to store bought mincemeat to make these Christmas treats even tastier.

This recipe was originally published on November 22, 2017. 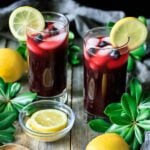 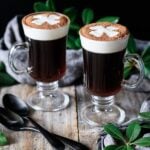