Irish boxty bread is an easy, no yeast potato bread ready in just over an hour!  It’s a traditional Irish bread that uses leftover mashed potatoes and grated potatoes.  You'll want to serve it for St. Patrick’s Day breakfast or dinner this year. 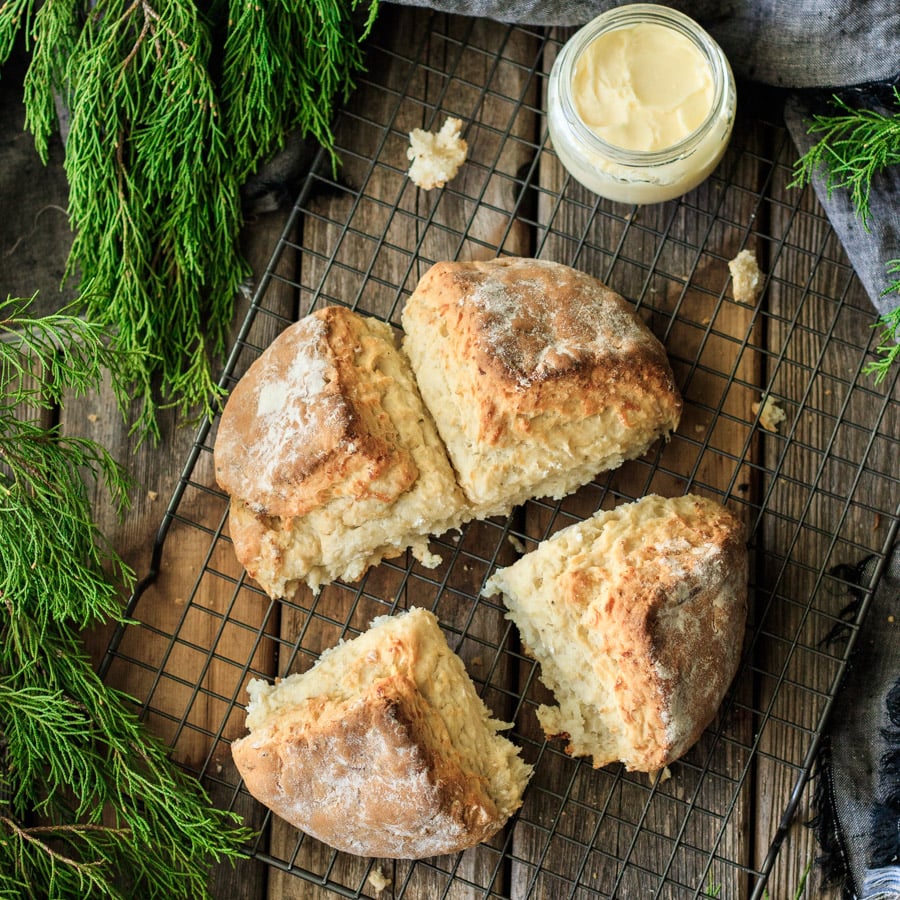 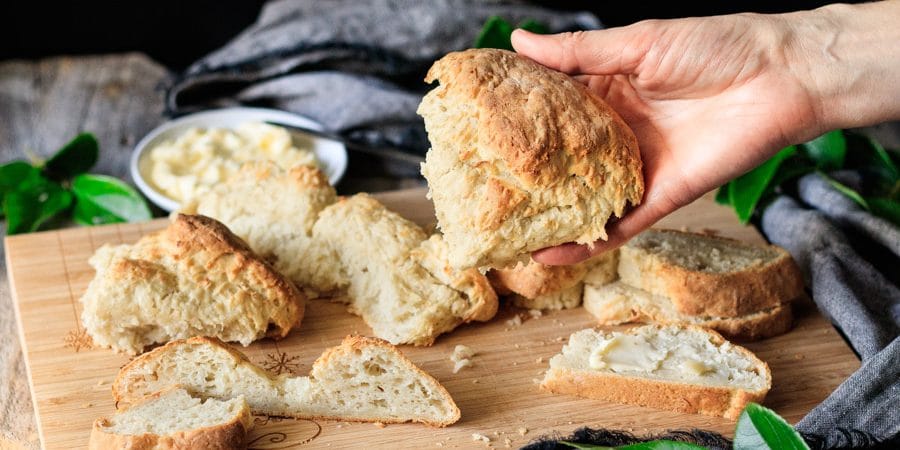 Aren’t potatoes one of the most wonderful vegetables?  They can be used in so many recipes–even bread!  You might think that potato bread always has yeast in it, like this overnight version, but that’s not the case.  You can have potato bread on the table in just over an hour with this Irish boxty bread recipe. 🥔 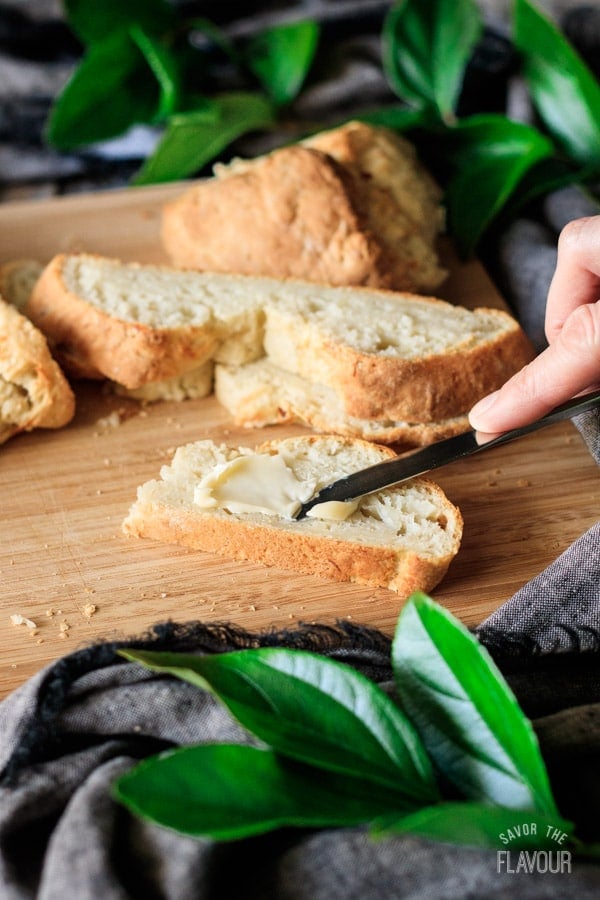 What is boxty bread?

Boxty bread is a classic Irish potato bread that looks very similar to soda bread.  It’s just as easy to make as soda bread, and tastes even better, in my opinion.  The texture of this bread is quite unique, though, because it contains mashed potatoes and grated potatoes.  I love how the grated potatoes give it a little bit of a hash brown-like texture!

What is boxty made of?

The pleasure of a 5-star review of this recipe would be greatly appreciated. 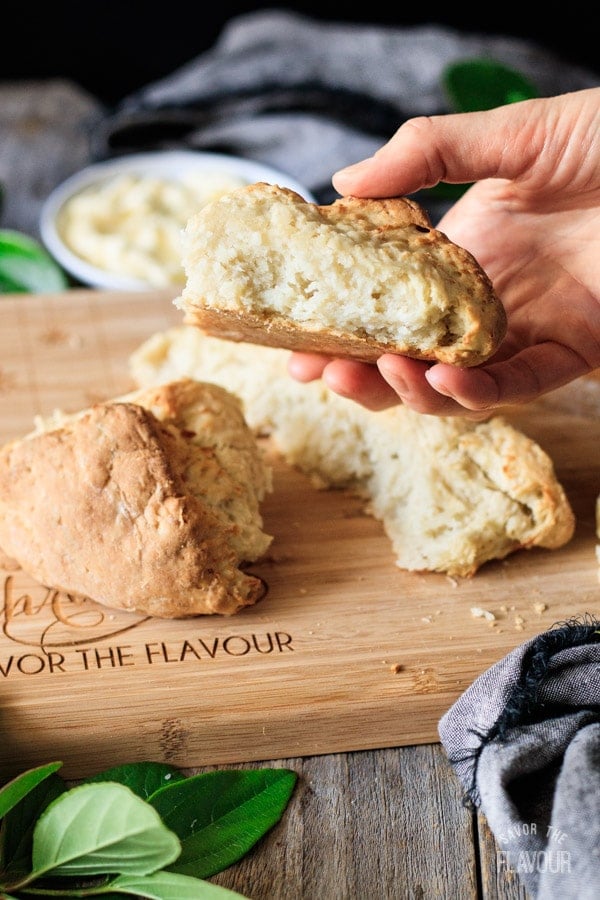 What do you eat potato bread with?

How to Store Boxty Bread 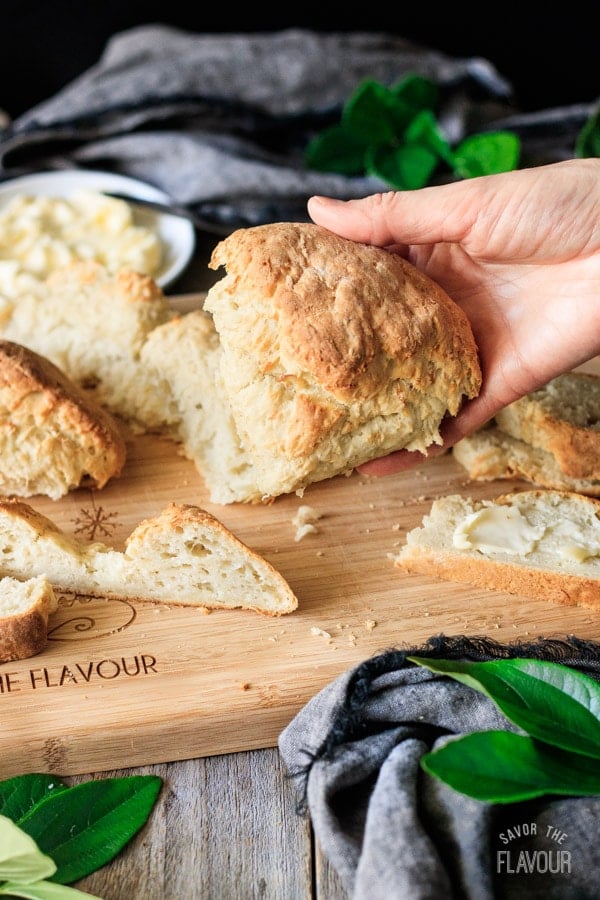 How to Make Boxty Bread 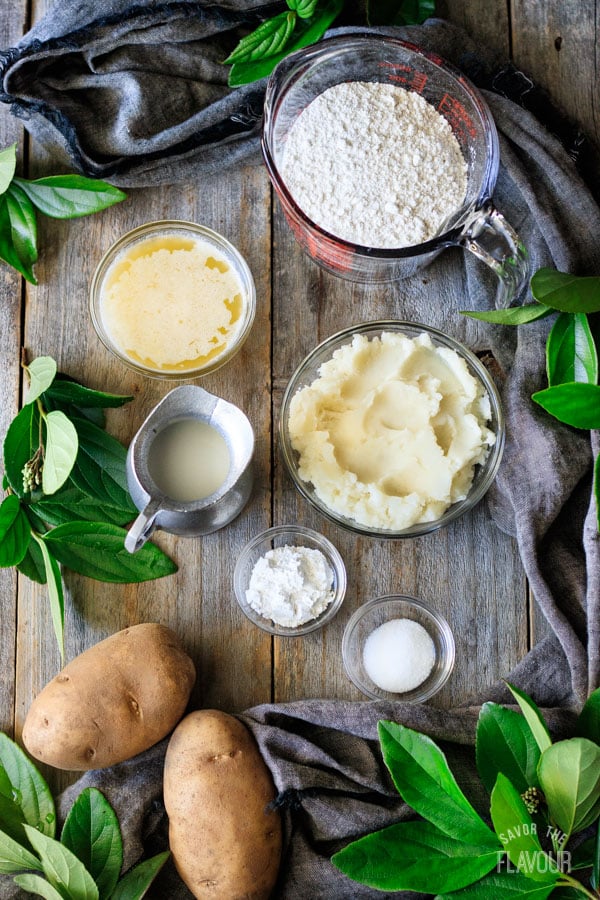 Dump the flour, mashed potatoes, melted butter, baking powder, and salt into a mixing bowl and blend until combined. 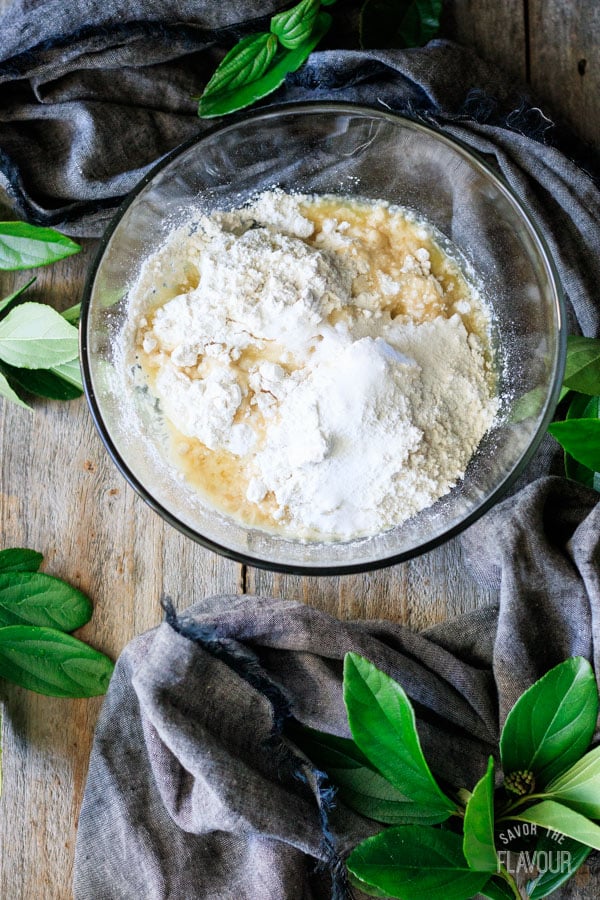 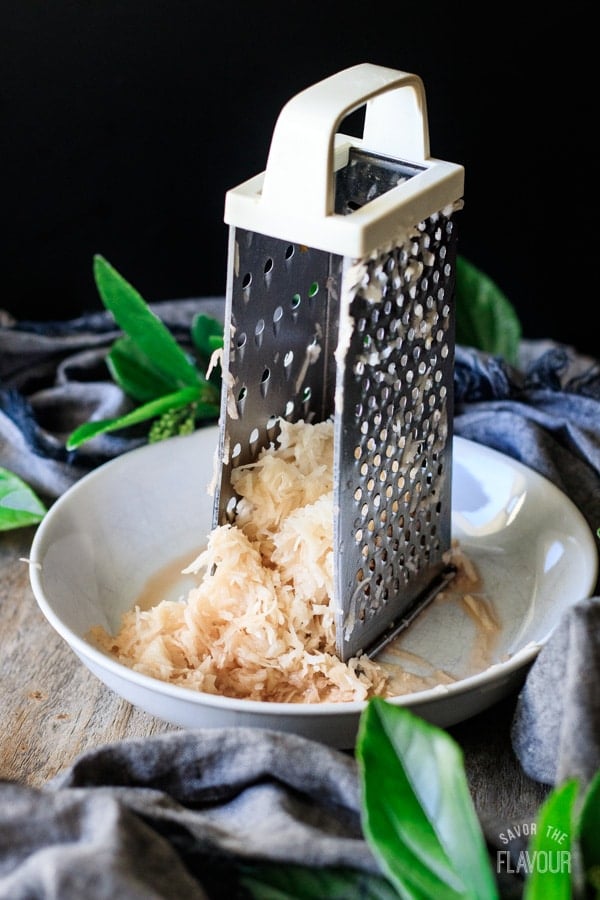 Wrap the grated potato in an old kitchen towel and squeeze out as much liquid as you can.  This will prevent the bread from having too much liquid in it.  (The juice is pink because the potato turns pink after being grated.) 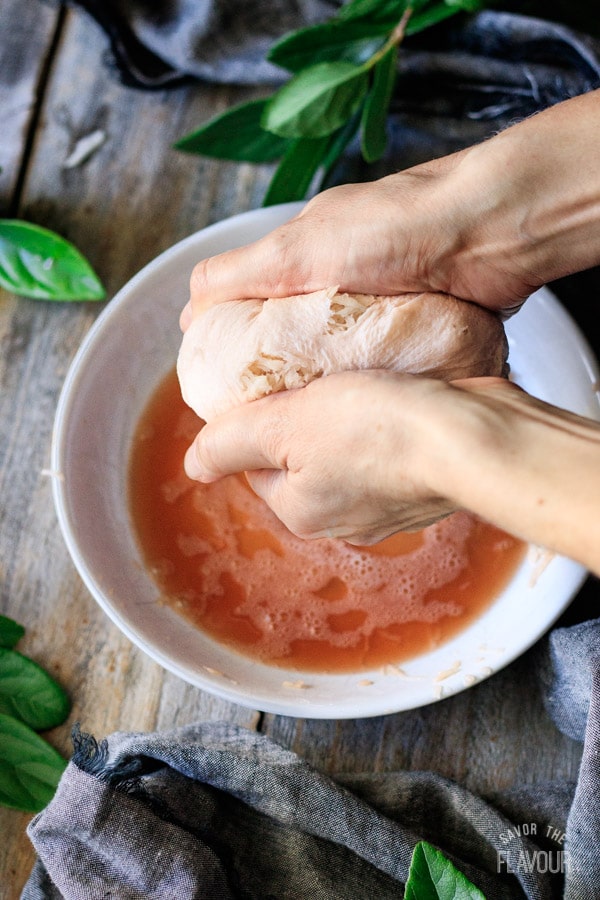 Add the squeezed, grated potato to the bowl of ingredients and stir to combine.  Gradually add in the milk until a sticky dough has formed. 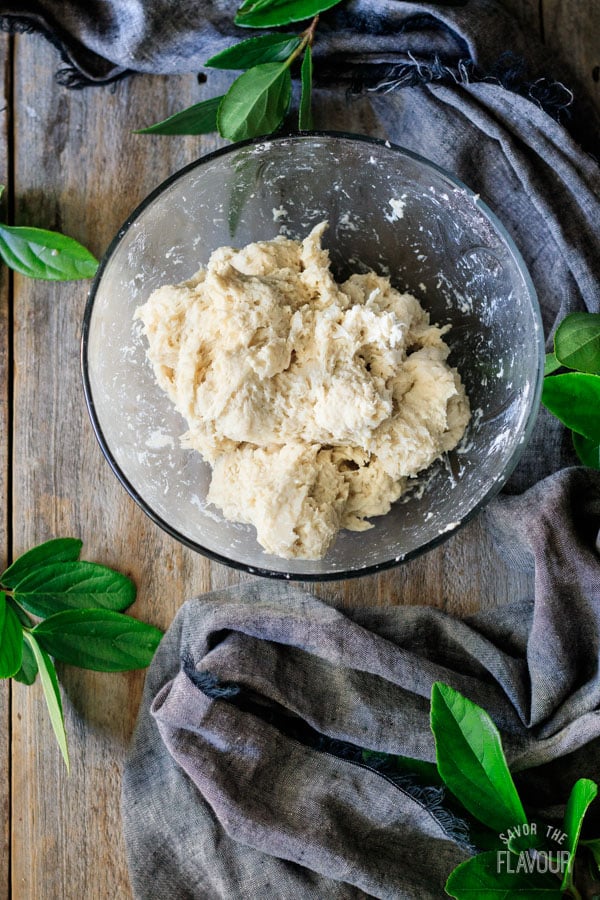 Gently knead the boxty bread on a floured surface, then shape into a ball. 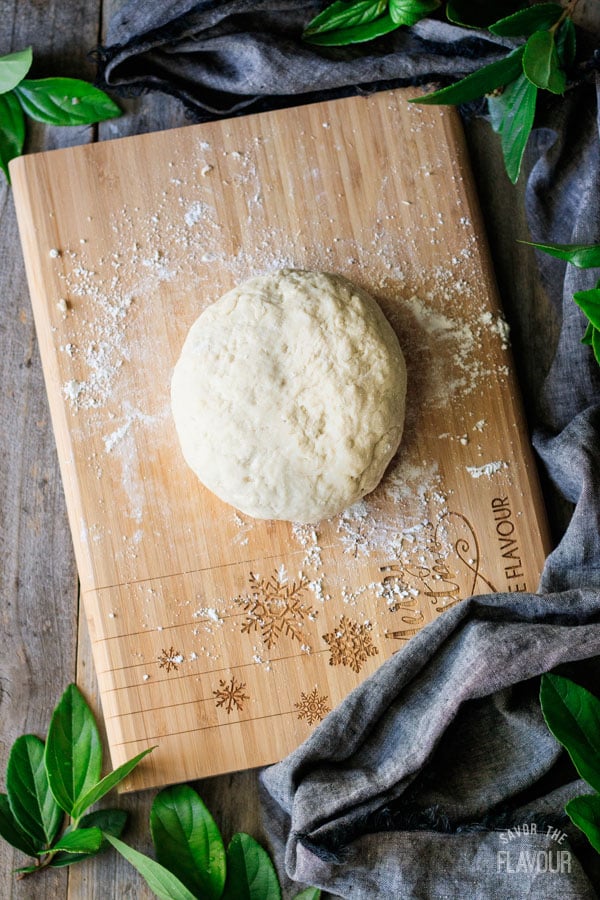 Place on a baking stone or cookie sheet and cut a deep X into the dough, cutting almost all the way through the dough.  The four quarters are called farls. 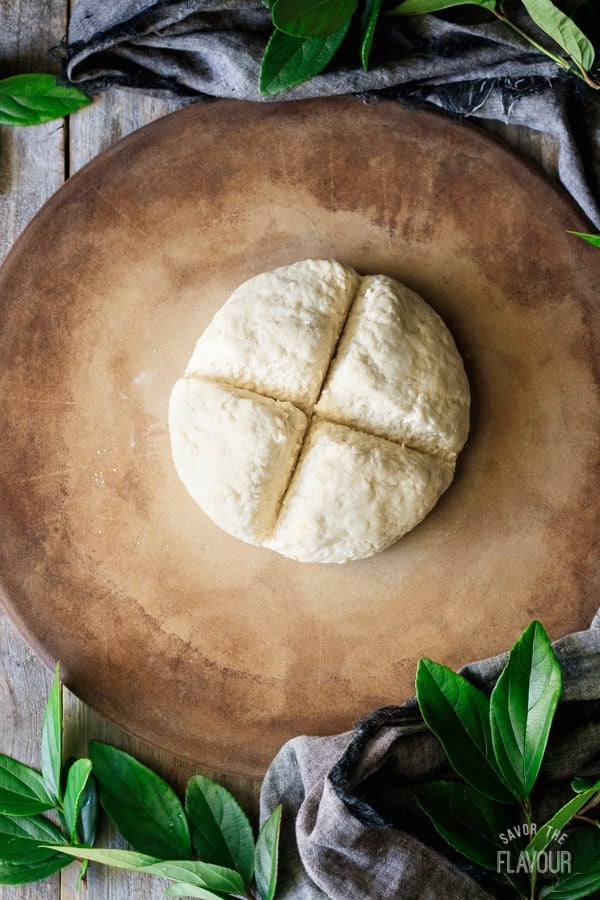 Bake the boxty bread at 400 F for about 40 minutes, until the loaf is a lovely golden brown.  Let it cool on a wire rack for a few minutes before serving. 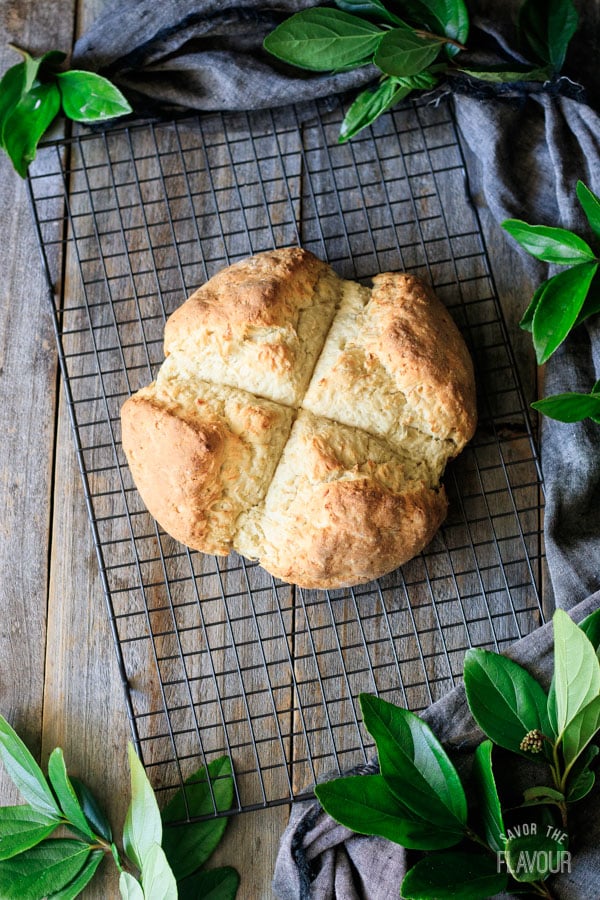 You might want to try eating some boxty at breakfast or alongside a bowl of this hearty Dublin coddle.  I highly recommend that you make this delicious potato bread recipe today! 👍

Enjoy these other delicious breads this St. Patrick’s Day! 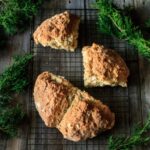 The pleasure of a 5-star review for this boxty bread would be greatly appreciated.

Irish boxty bread is an easy, no yeast potato bread ready in just over an hour!  It’s a traditional Irish bread that uses leftover mashed potatoes and grated potatoes.  You’ll want to serve it for St. Patrick’s Day breakfast or dinner this year.

The pleasure of a 5-star review on this recipe would be greatly appreciated.