Are you looking for a healthy cookie/cracker that's easy to make?  These Scottish oatcakes are full of healthy fiber and protein that will fill you up, and have a lovely nutty flavor.  Traditionally, they were served at nearly every meal in Scotland!

What is the difference between oats and oatmeal?

Many people believe that oats and oatmeal are the same thing, but they're not!  Here's some definitions of these terms so you won't get confused.

What are the different kinds of oats?

Oats can be processed into many different forms, and it can be confusing with so many shapes and sizes.  Don't worry; this handy guide will keep these terms straight.

How do you make medium oatmeal?

Medium oatmeal is similar to Scottish oatmeal, which is groats (the whole oat kernel) ground until it's about the texture of cornmeal.  Here in the United States, we can't find medium oatmeal at our grocery stores, so we've got to use the Scottish one, or just make our own.  Fortunately, it's easy to make a substitute; just grind steel-cut oats a little in a blender or food processor until they're about the coarseness of cornmeal.  (In the photos, I used rolled oats instead of steel-cut.)

Stir everything together to get a thick dough.

Roll out the dough, cut out the oatcakes, and fry in a cast iron skillet until cooked.  You'll love smelling the nutty aroma of these traditional Scottish biscuits as they cook!

Gluten free Scottish oatcakes are traditional cookies made from healthy oatmeal and cooked in a cast iron skillet.  Eat them fresh with cheese, butter, or jam, or make ahead and serve at breakfast or for a snack.  Enjoy the taste of Scotland with these simple oatcakes! 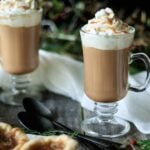 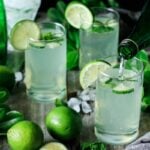 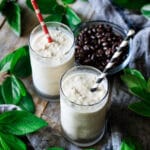