On a cold winter evening, there are few treats more richly comforting than a warm slab of sticky toffee pudding.  This vegan version doesn't take any obscure ingredients, and has all the same deep toffee flavors and the moist texture that everyone loves about the original.  Your family will love this vegan sticky toffee pudding during the Christmas season or all winter long! 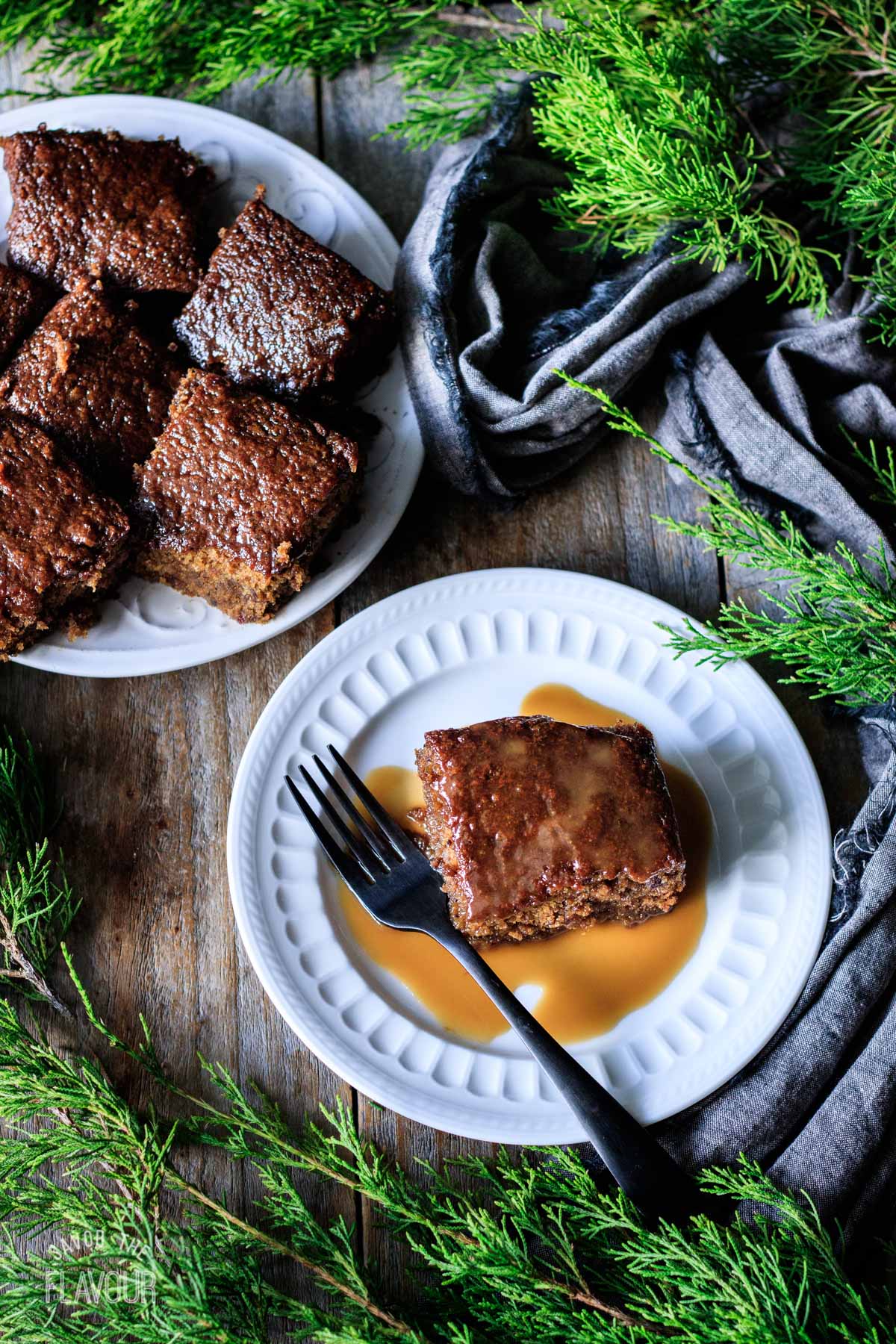 Non-vegan sticky toffee pudding recipes ask you to use regular butter, milk, and eggs in the pudding batter, and regular butter and cream in the toffee sauce.  I swapped the regular butter for my favorite vegan butter alternative, Earth Balance.  Instead of 2 large eggs, I used ½ cup of unsweetened applesauce, which has a more subdued flavor than a flaxseed egg replacement.

The milk/cream is simple to swap out with any mild-flavored plant-based milk.  I used almond milk for both the pudding and the sauce.  Using almond milk in the sauce will make it more liquidy than a traditional sauce, as almond milk is more watery than dairy cream.  If you want a closer substitute for the cream in the toffee sauce, I recommend using full-fat coconut milk or coconut cream.

Sticky toffee pudding (or STP as it is known in the UK) has rich, caramelized flavors from the dates and brown sugar in the cake part, and a very moist texture.  The pudding gets a little sticky on top from the sugars in it.  Despite having a lot of sweet ingredients, this classic British dessert is far from being sickeningly sweet; it has a refreshing edge of bitterness from the molasses.

Is sticky toffee pudding the same as sticky date pudding?

Yes, these two treats are one and the same.  Sticky date pudding is the name more commonly used in Australia and New Zealand, while those in England, Canada, and the US typically refer to this dessert as sticky toffee pudding.

Why are dates used in sticky toffee pudding?

The natural sugars from the dates help sweeten the pudding, while the actual fruit itself lends a rich flavor and moist texture to the sponge.  They're definitely an important ingredient in this dessert, so don't leave them out!  Feel free to use whole dates that you pit and chop yourself, or the ready-chopped ones.

Sticky toffee pudding will keep well at room temperature for 3-4 days, as long as it's kept well sealed under plastic wrap or in an airtight container.  Alternatively, you can freeze STP in a zip-top freezer bag for up to 3 months.

Gather the ingredients for the pudding. 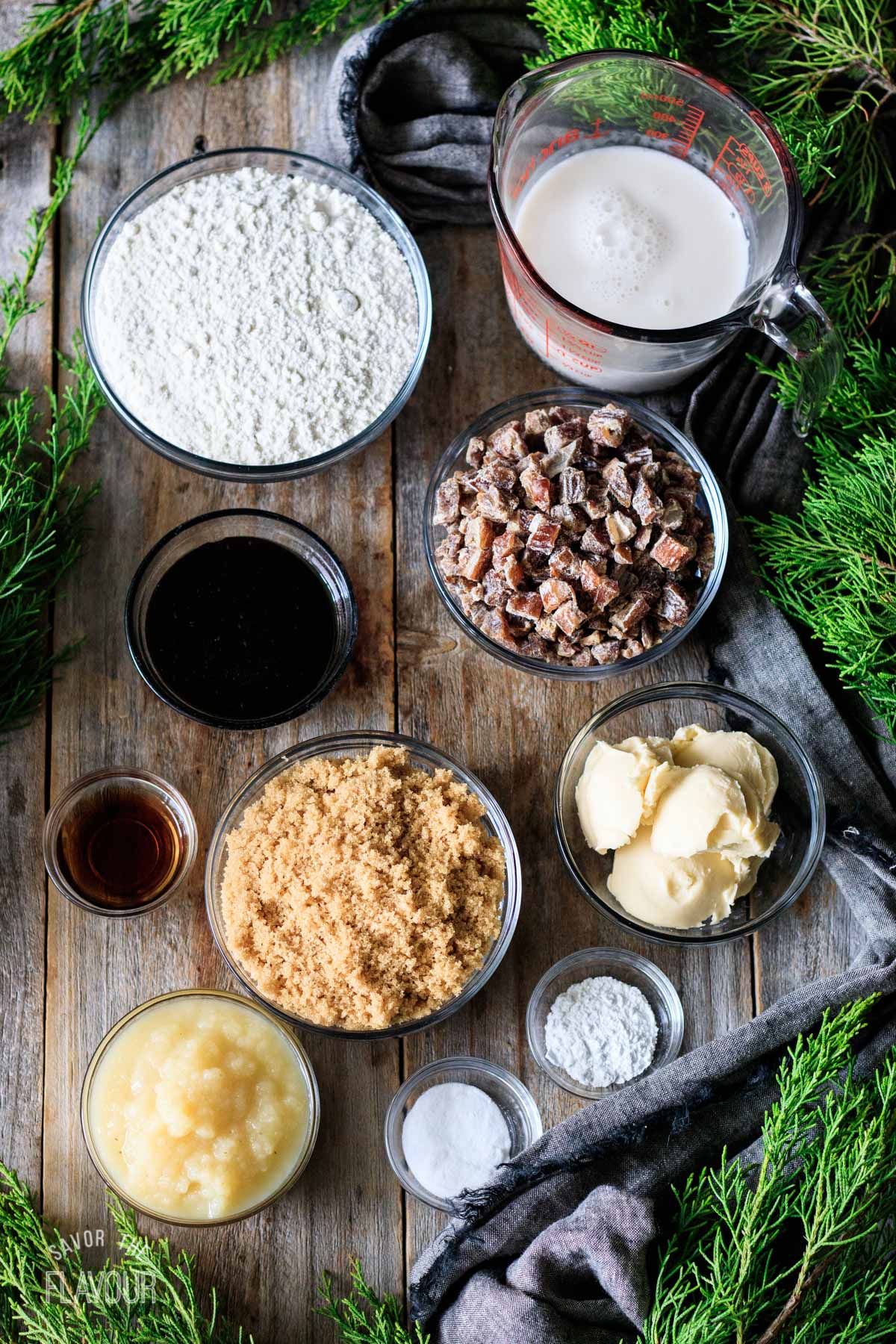 Combine the chopped dates and milk in a small saucepan, and simmer the mixture for 10 minutes.  Then, tip the mixture into a bowl and chill in the freezer for 15 minutes. 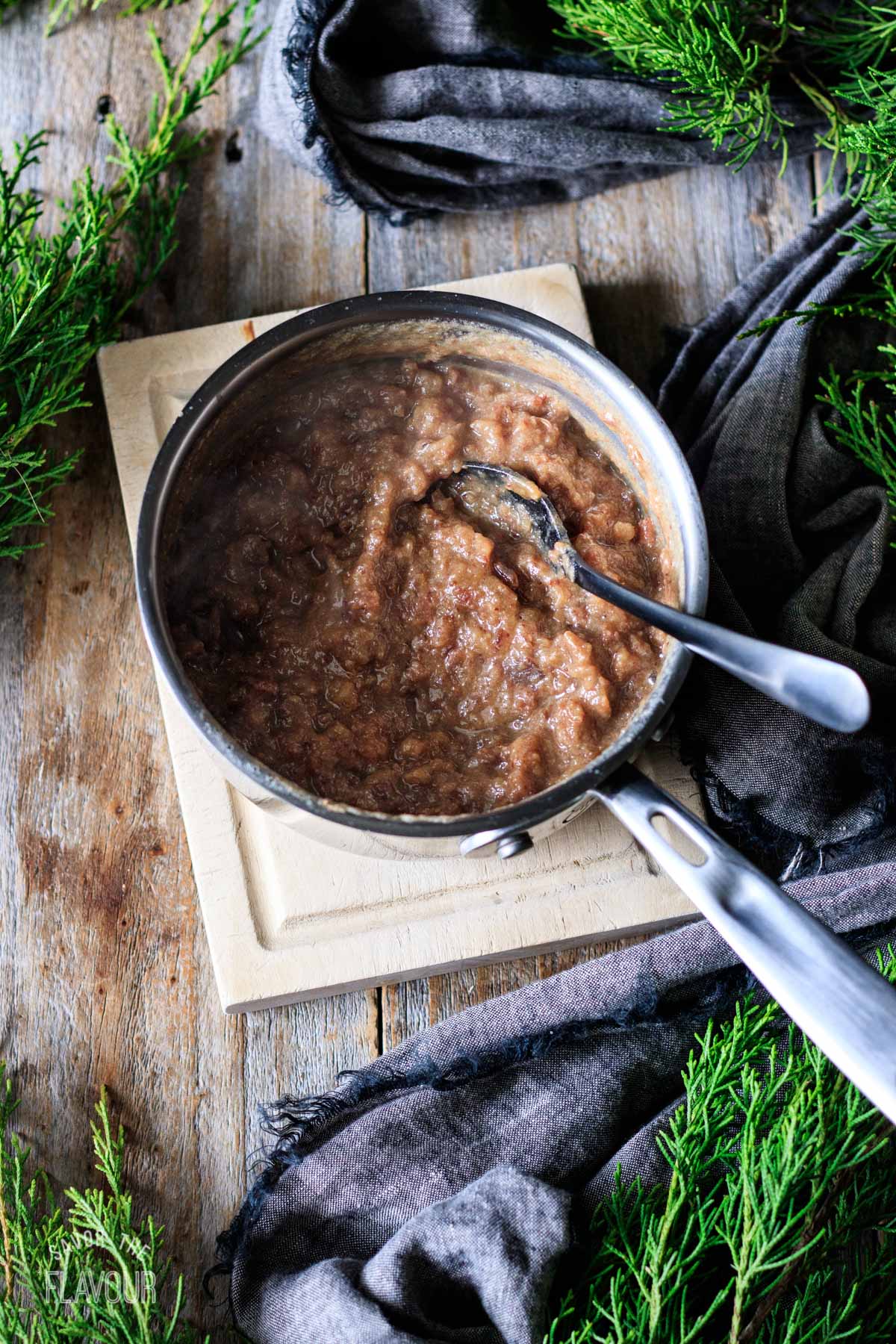 Whisk together the flour, baking powder, and baking soda until blended. 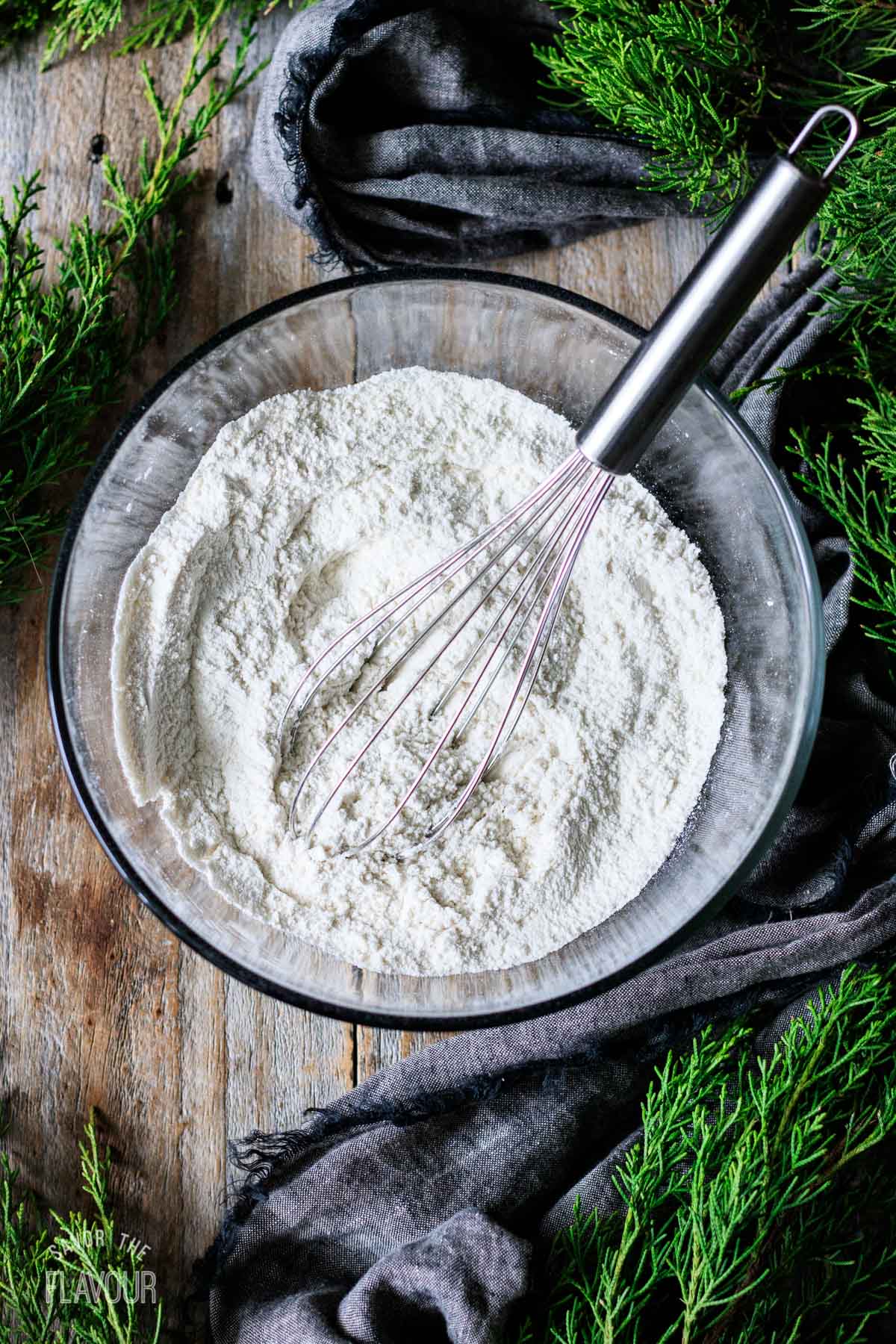 Beat together the softened vegan butter and brown sugar until fluffy, about 2 minutes.

Add the molasses, applesauce, and vanilla along with a few spoonfuls of the flour mixture.  Beat until blended. 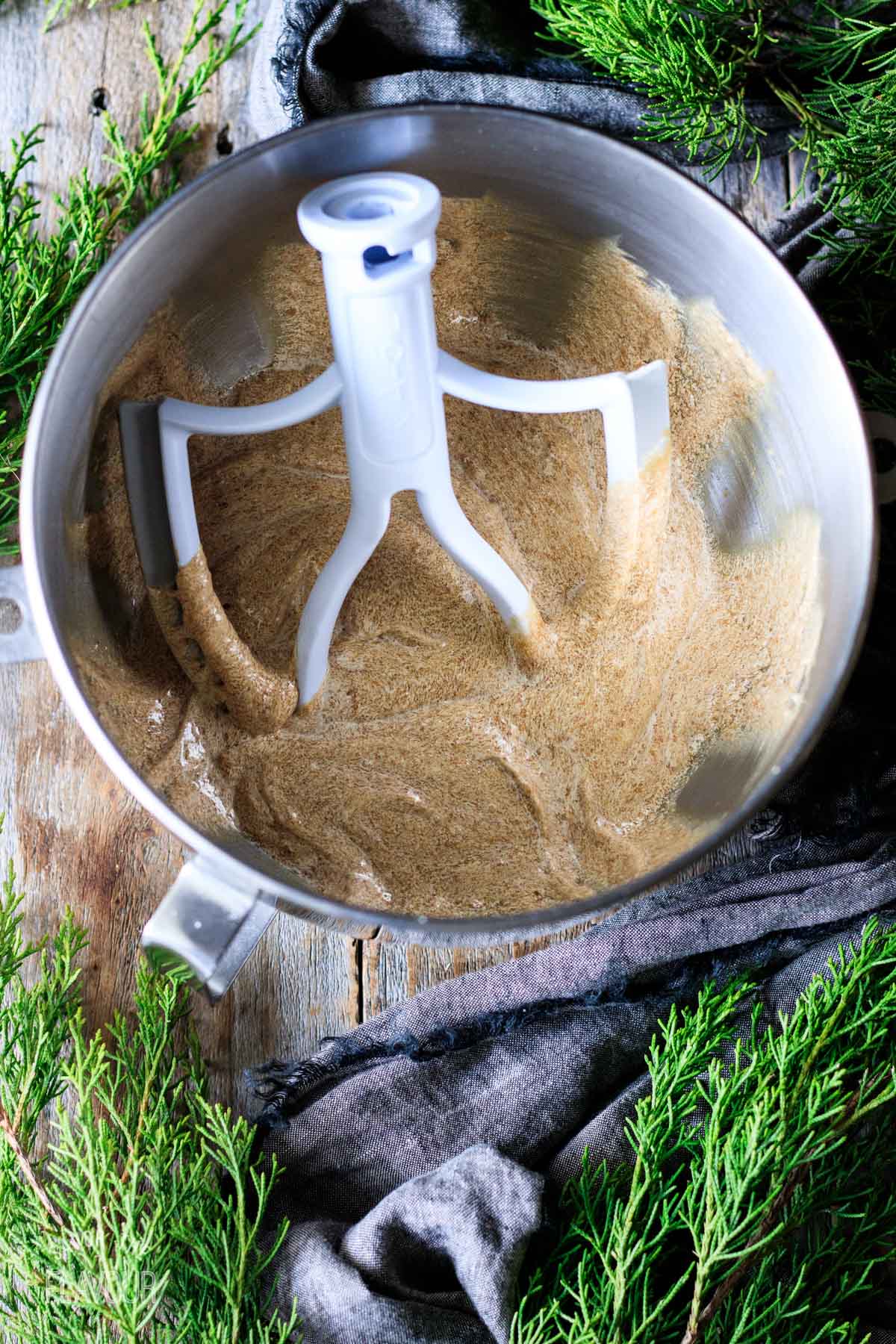 Gradually mix in the remaining flour mixture, then stir in the cooked and cooled dates.  Pour the batter into an 8x8-inch pan and bake at 350 F for 45 minutes. 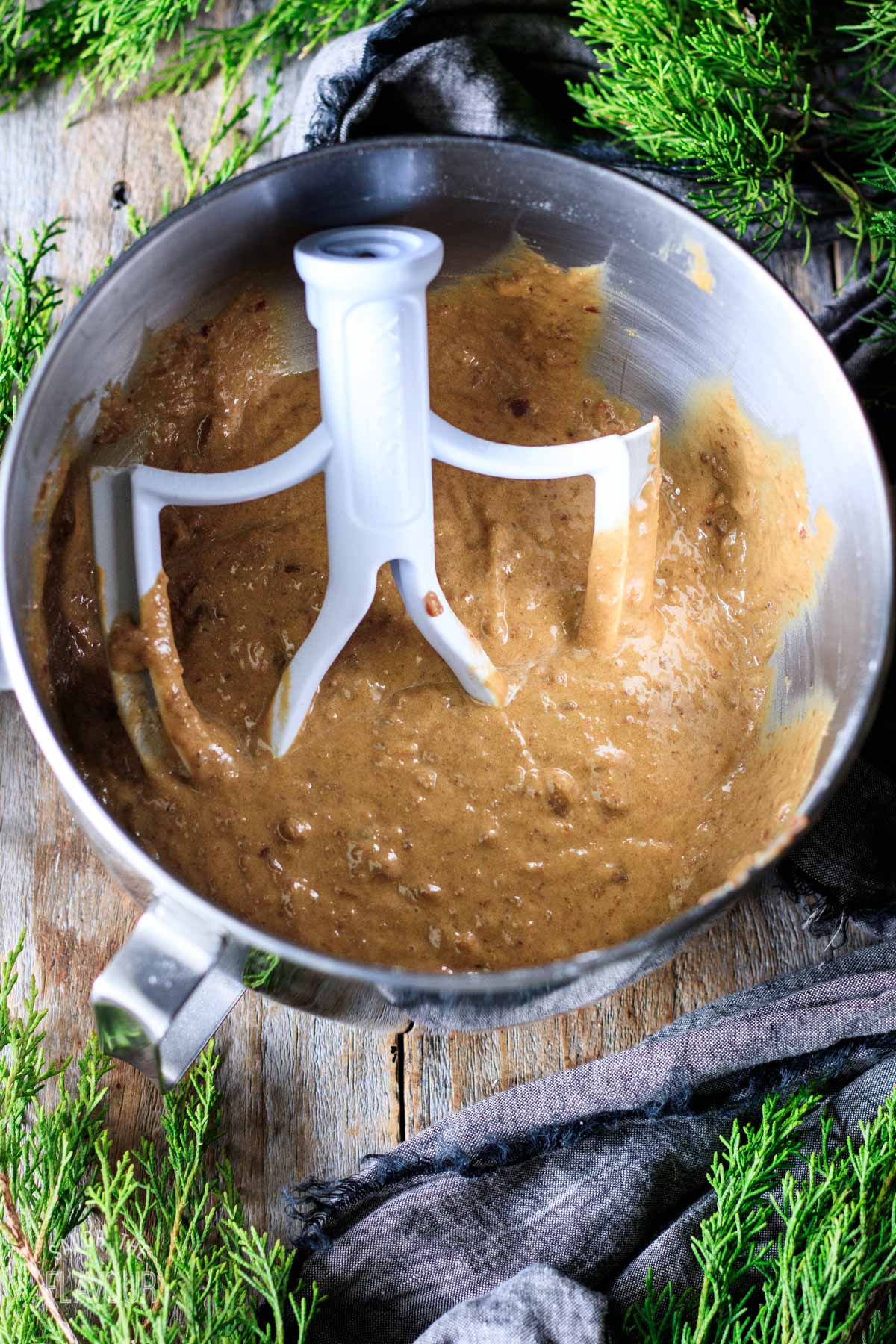 While the pudding is baking, make the toffee sauce.  Combine the vegan butter, brown sugar, molasses, and vanilla in a saucepan until thickened, then blend in the milk to create a thin sauce.

Once the baked pudding has cooled for 10 minutes, drizzle ⅓ to ½ cup of the toffee sauce on top to give this dessert a sticky top.  Let the pudding stand for 20-30 minutes, then slice and serve. 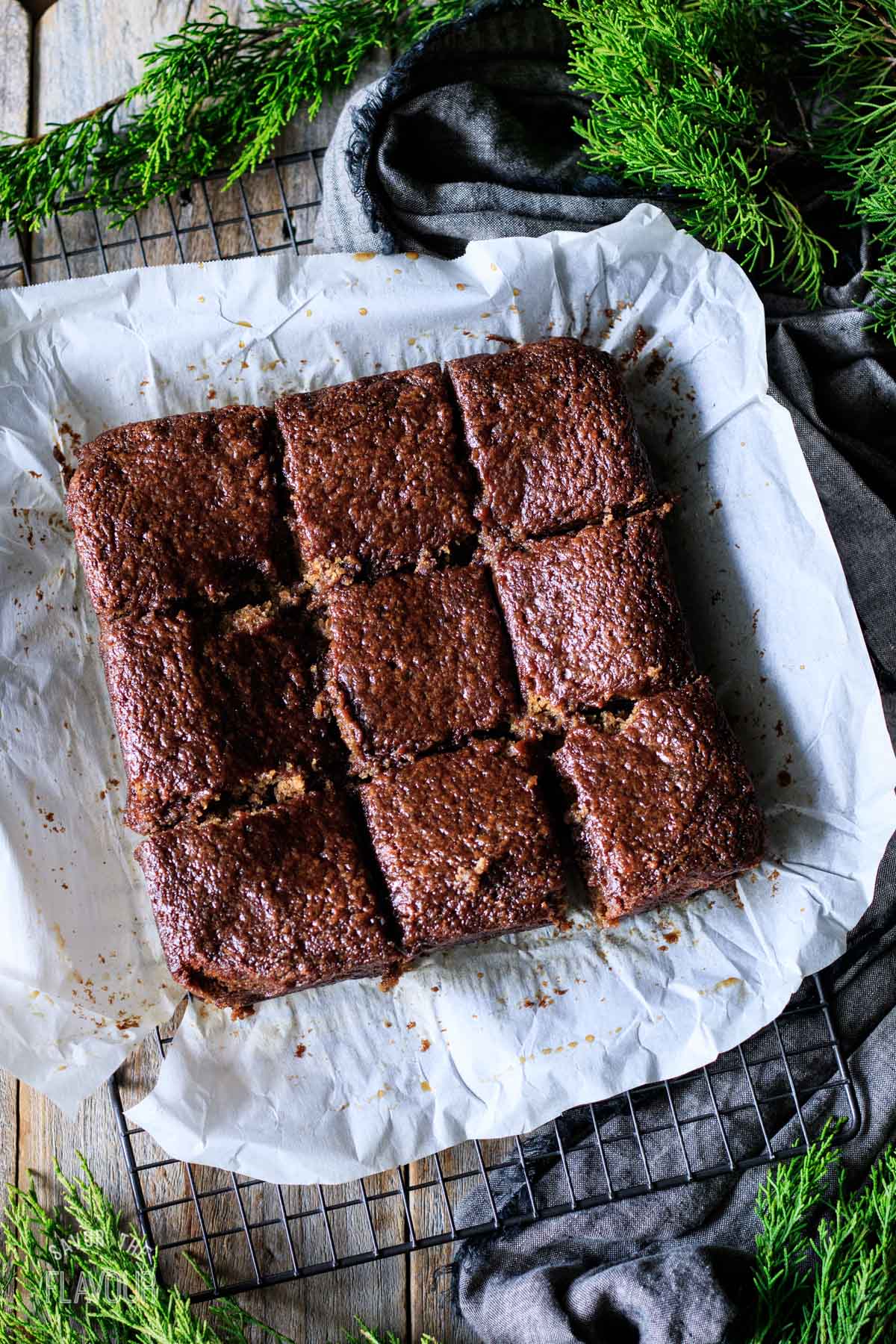 Make sure to pour additional toffee sauce on top of each slice!  You can also serve this with vegan vanilla ice cream or pour coconut cream on top. 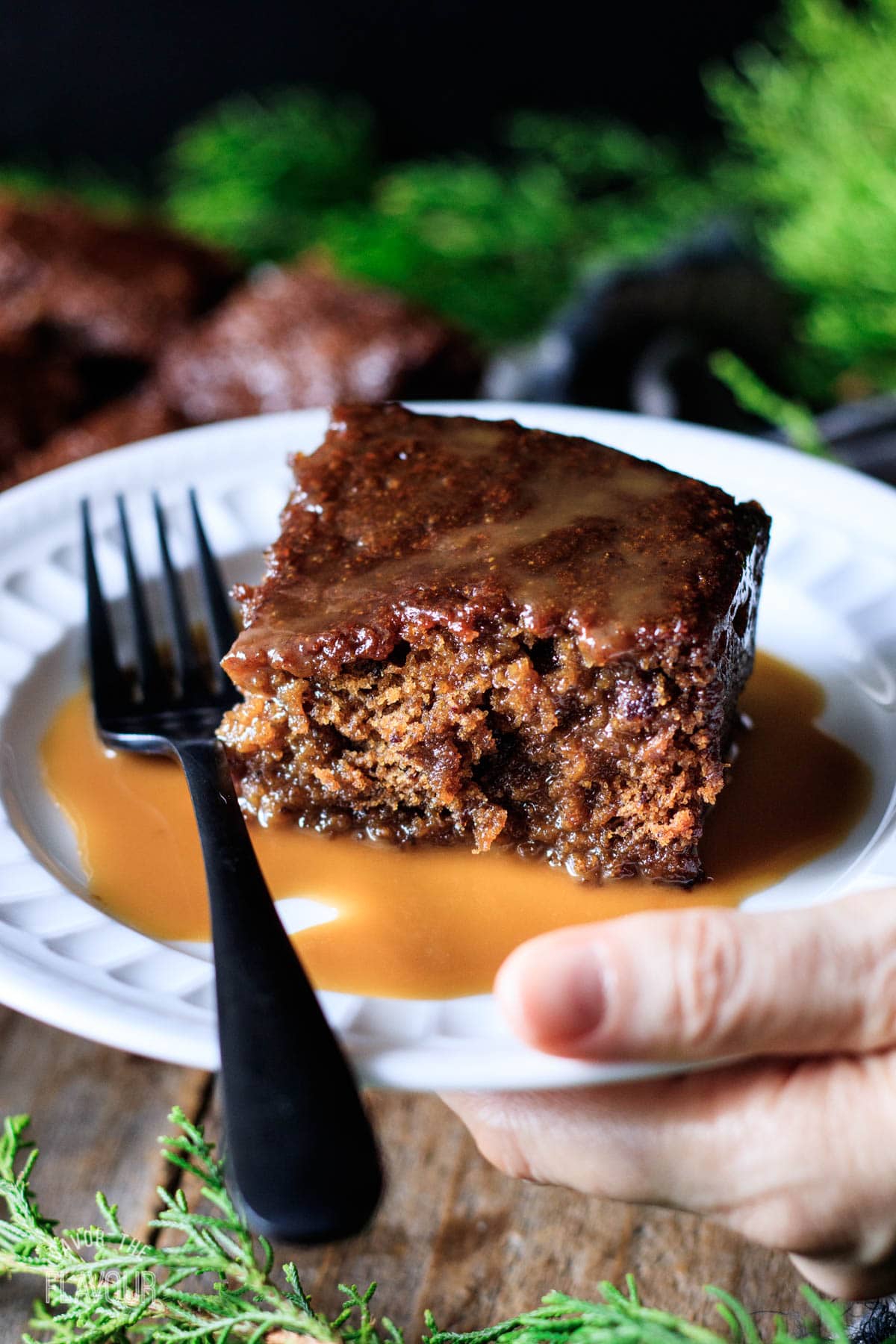 Other Vegan Treats to Try

This easy recipe for vegan sticky toffee pudding can be made in a jiffy. This traditional British dessert has a delightfully moist, sticky texture, and is the perfect treat on a cold winter evening.

For the Sticky Toffee Pudding

For the Toffee Sauce