We all love traditional cinnamon rolls, but it can take so long to make them!  What if you're craving one right now?  Just whip up this amazing cinnamon roll in a mug, and you'll have a tasty, gooey, and delicious treat to enjoy! 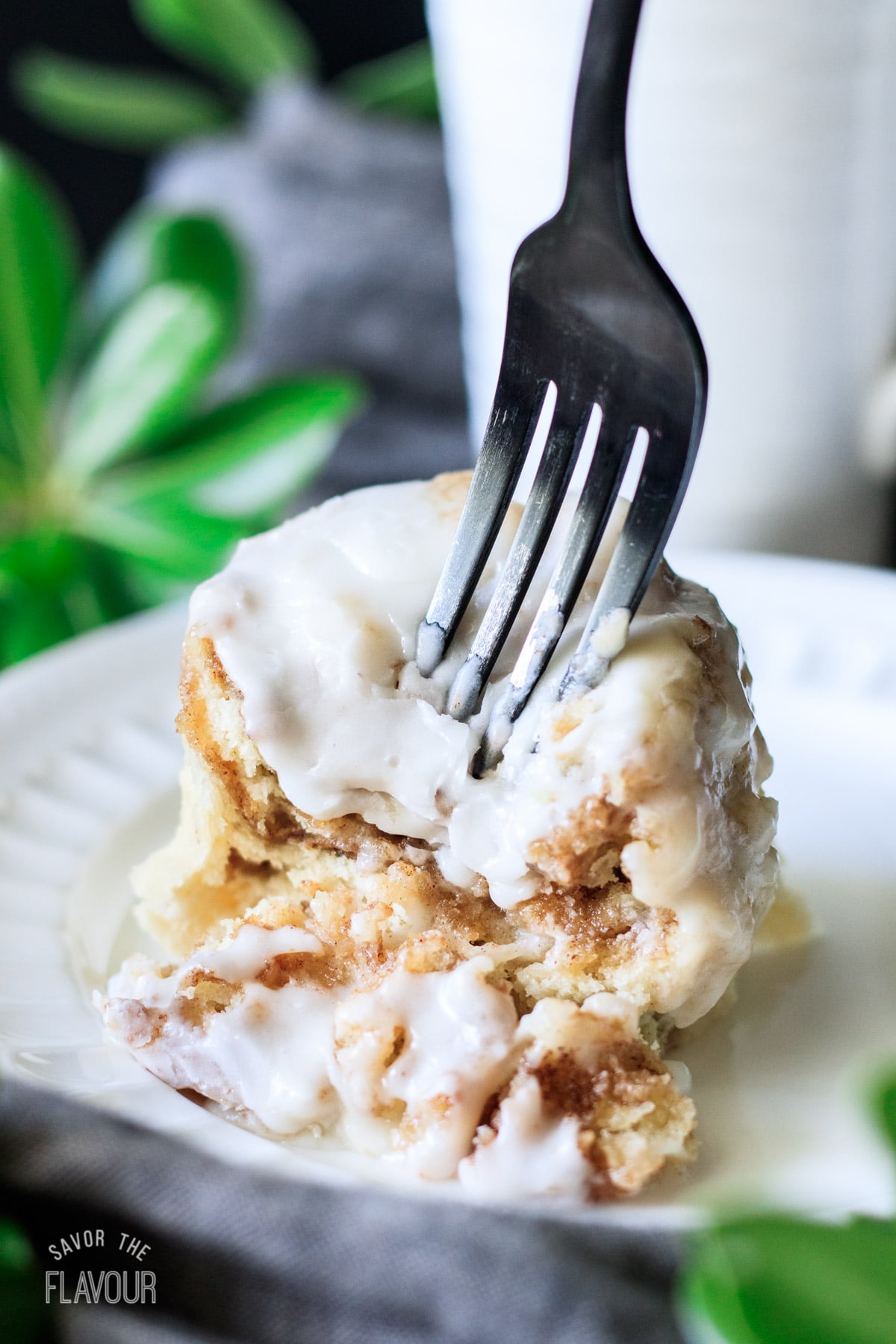 The dough for this microwave cinnamon roll is pretty simple; it takes basic ingredients you already have in your pantry.  For the filling and icing, you'll also need some softened butter, brown sugar, cinnamon, icing sugar, and heavy cream.

How many calories are in a mug cinnamon roll?

Since this cinnamon roll mug dessert contains quite a few calories, I'd recommend sharing it with a friend or family member.  Half of a roll contains 371 calories, 57.1g of carbs, and 2.9g of protein.

Can I make this ahead of time?

Like most mug cakes, this tastes the best if it's enjoyed within 20-30 minutes of being cooked. 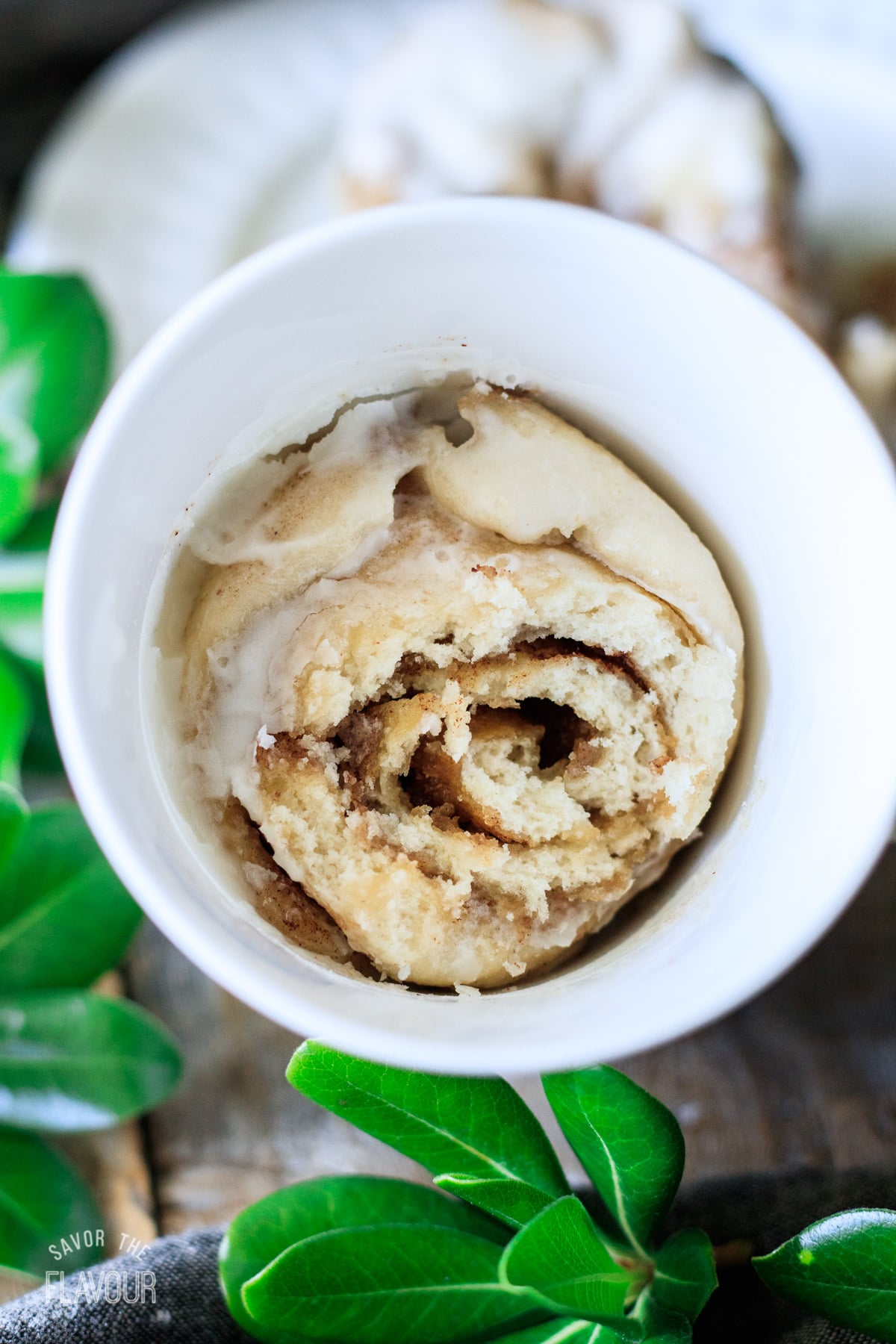 How do you store leftovers?

Let the leftover cinnamon roll cool completely, then cover with plastic wrap and refrigerate for up to 3 days.

How do you reheat a cinnamon roll in a mug?

Reheat in the microwave on high for 10-20 seconds, or until heated through.

Can you freeze this?

I wouldn't recommend freezing this cinnamon roll in a mug, because it would dry out too much. 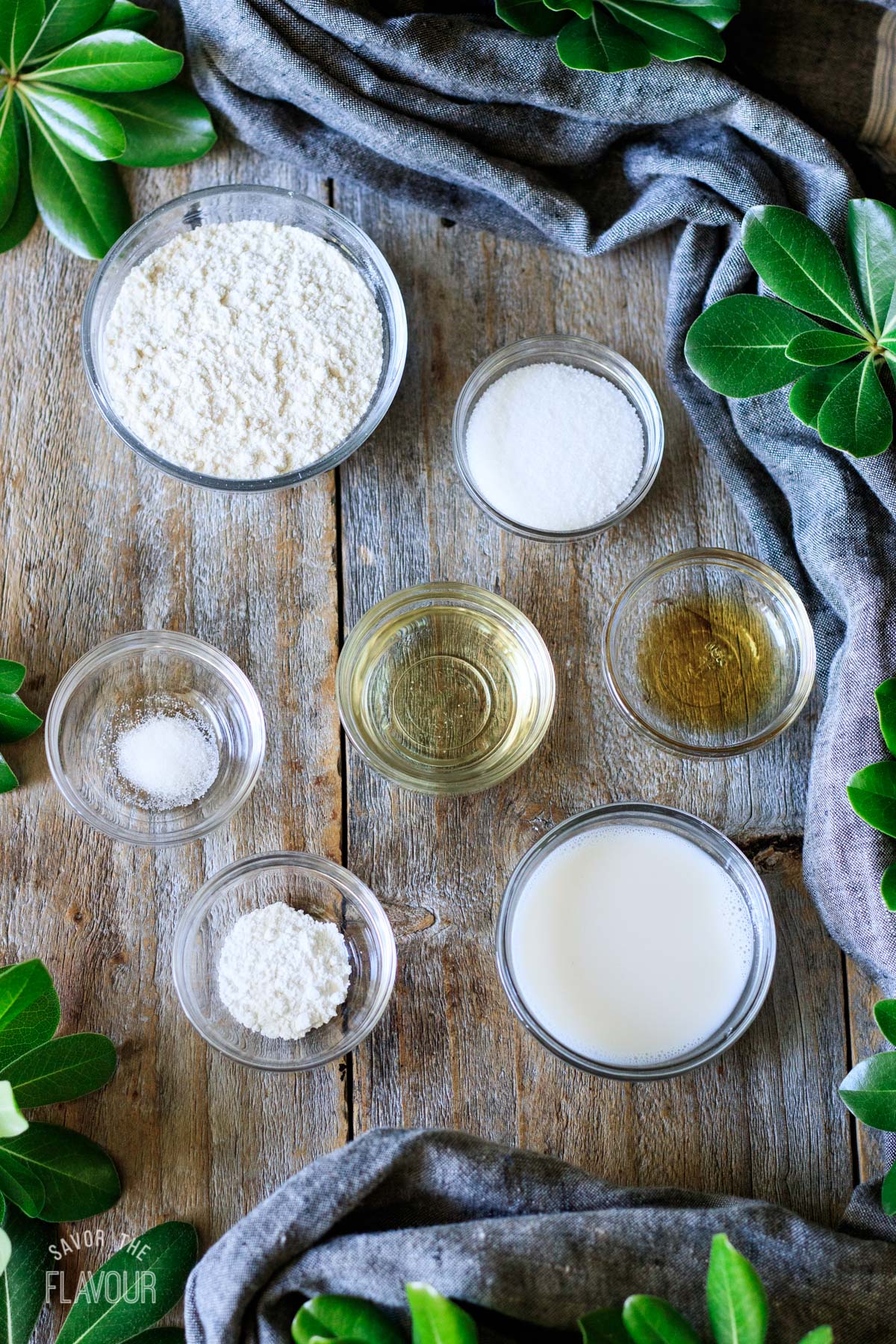 Whisk together the dry ingredients until blended. 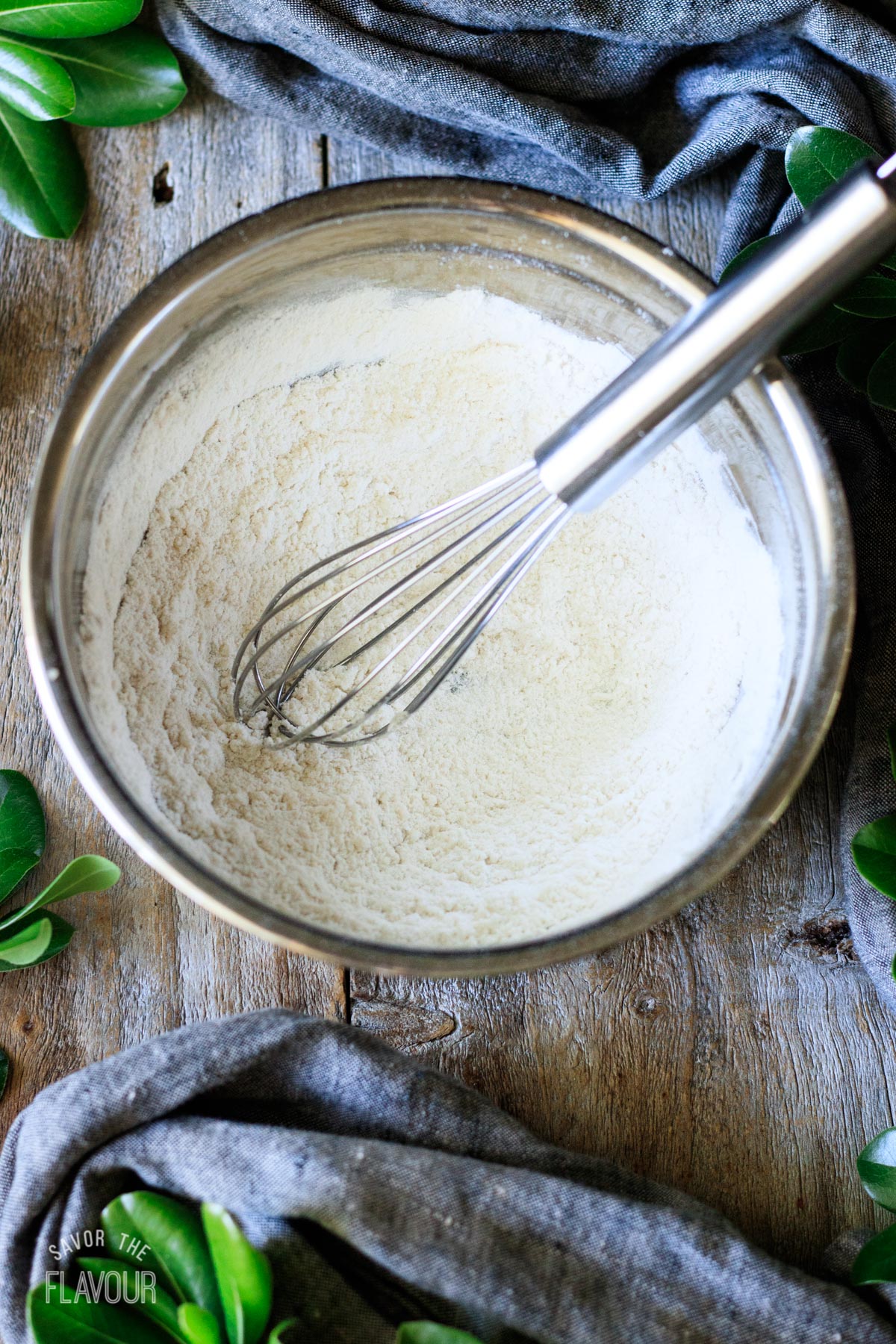 Add the wet ingredients and stir to form a dough.  You'll need just enough milk to bring the mixture into a dough. 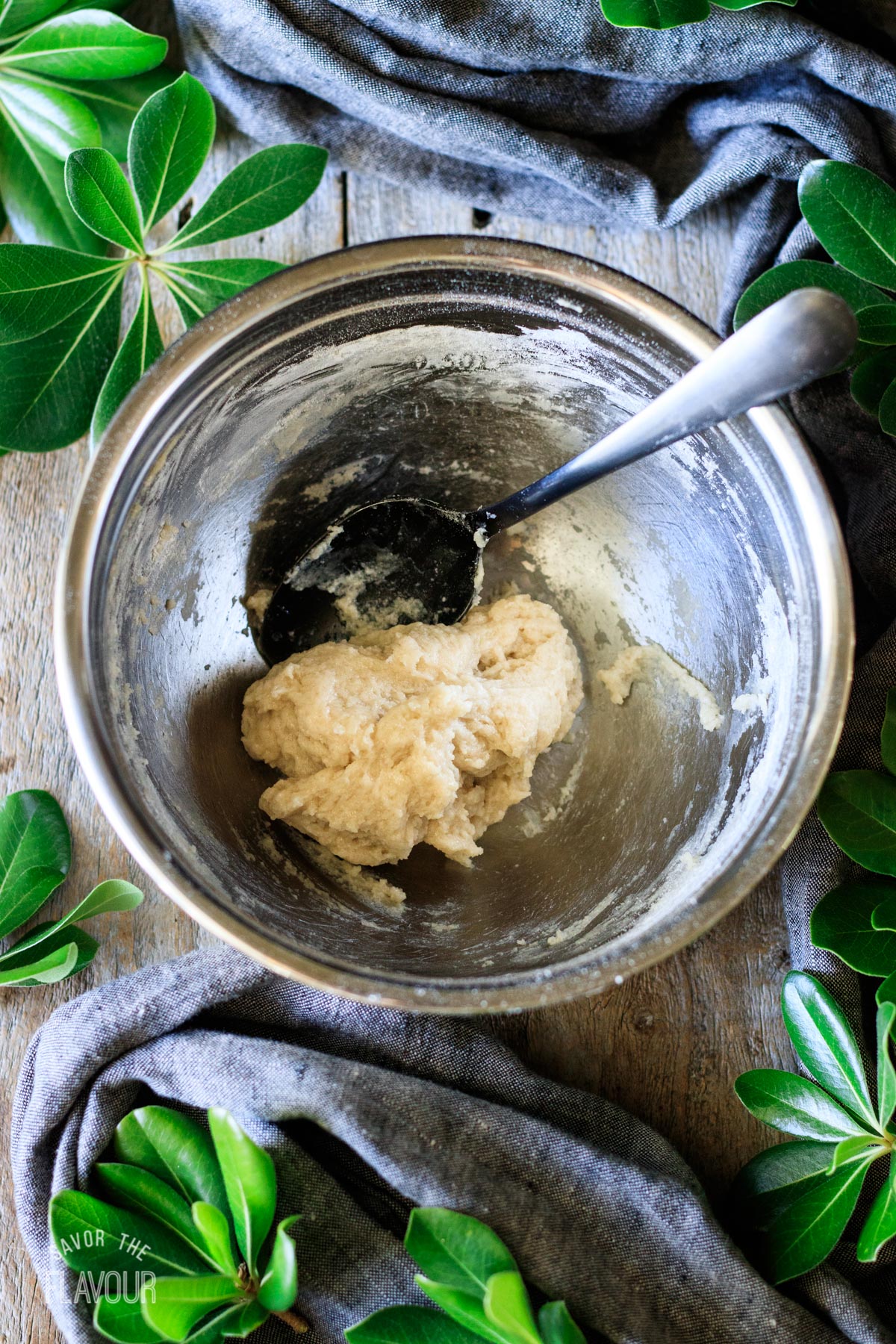 Grab the filling ingredients next: butter, brown sugar, and cinnamon. 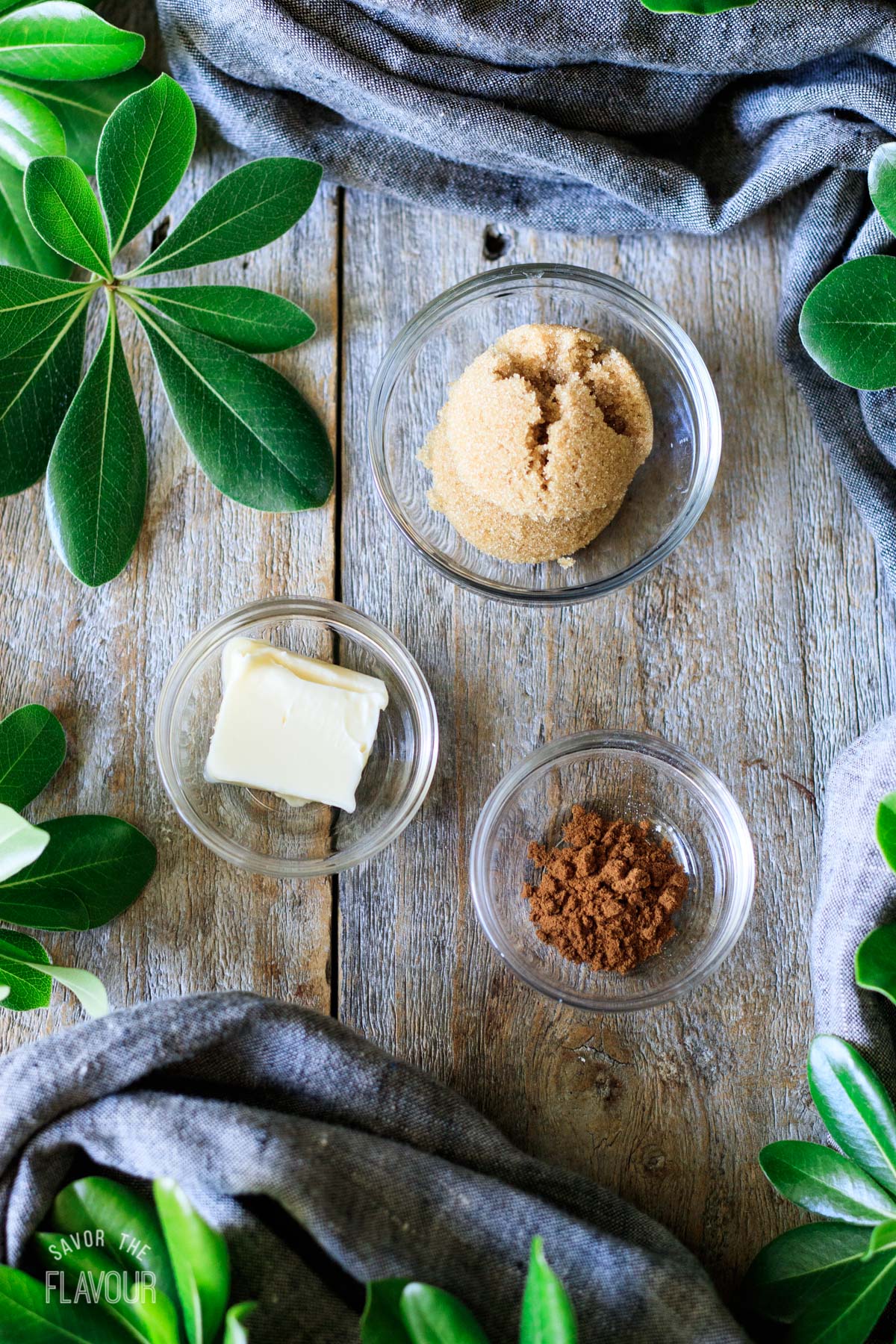 Roll out the dough on a floured surface into a long, thin rectangle. 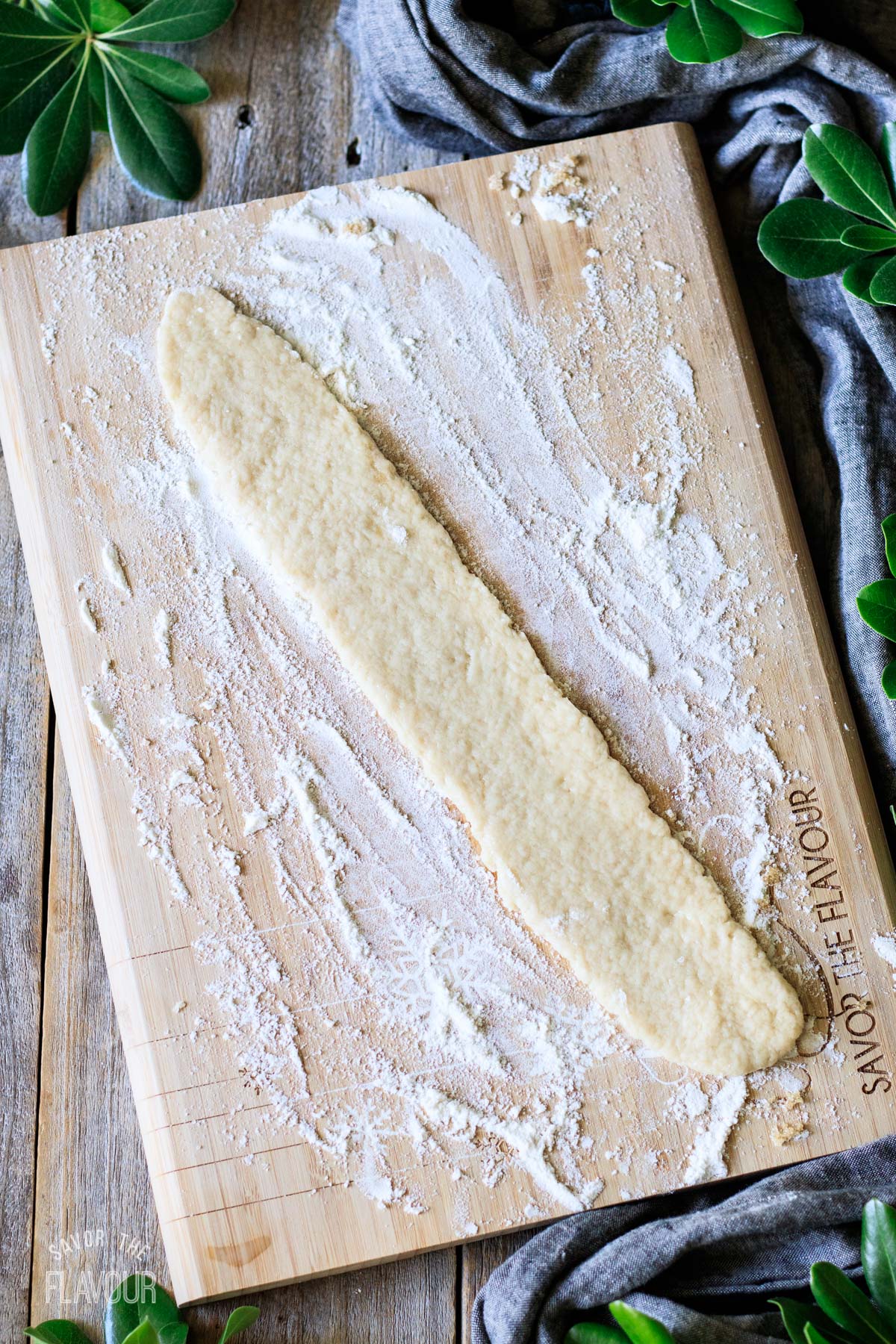 Brush the dough with the softened butter. 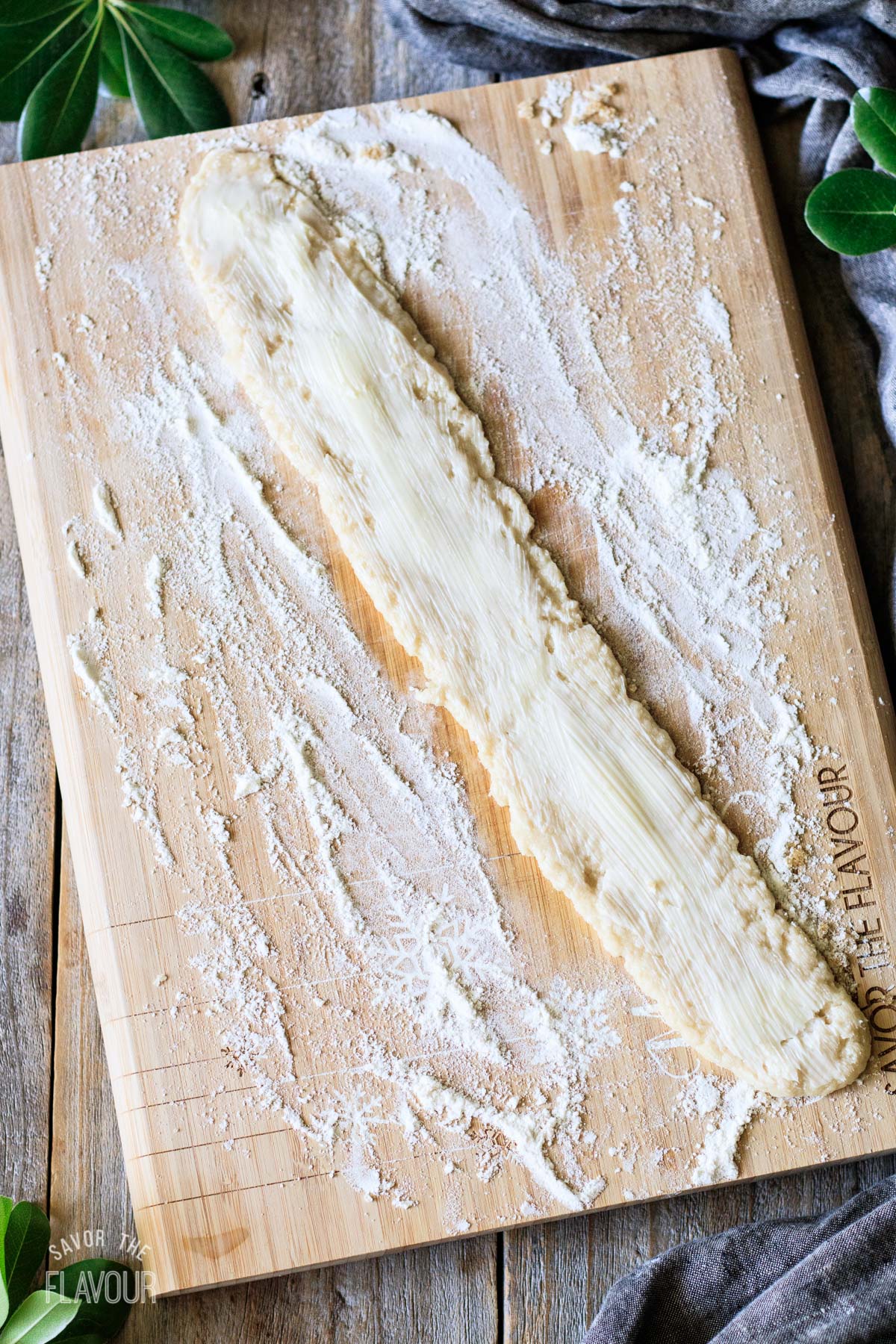 Sprinkle the brown sugar and cinnamon on top. 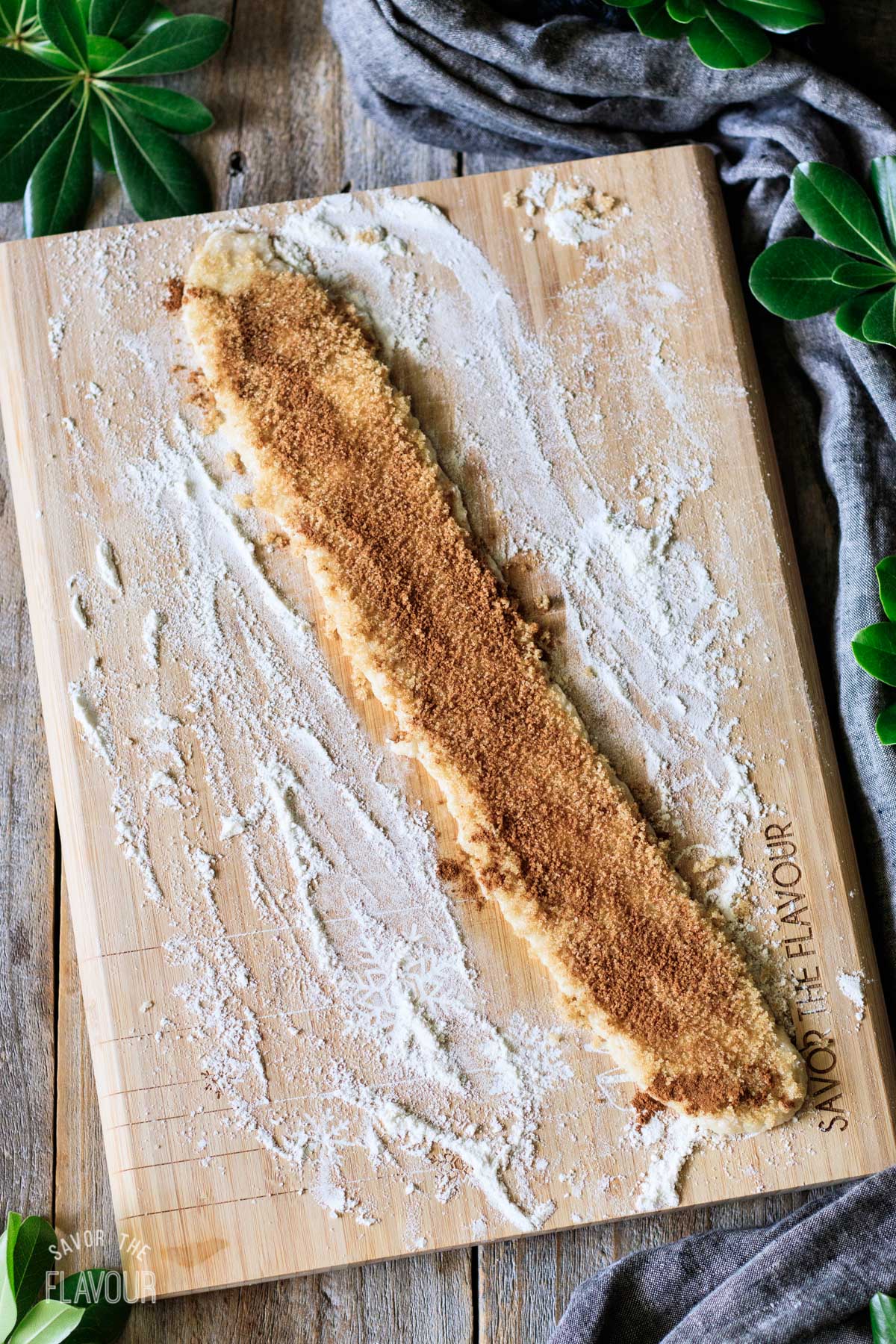 Roll up the rectangle from one of the short sides to make the roll. 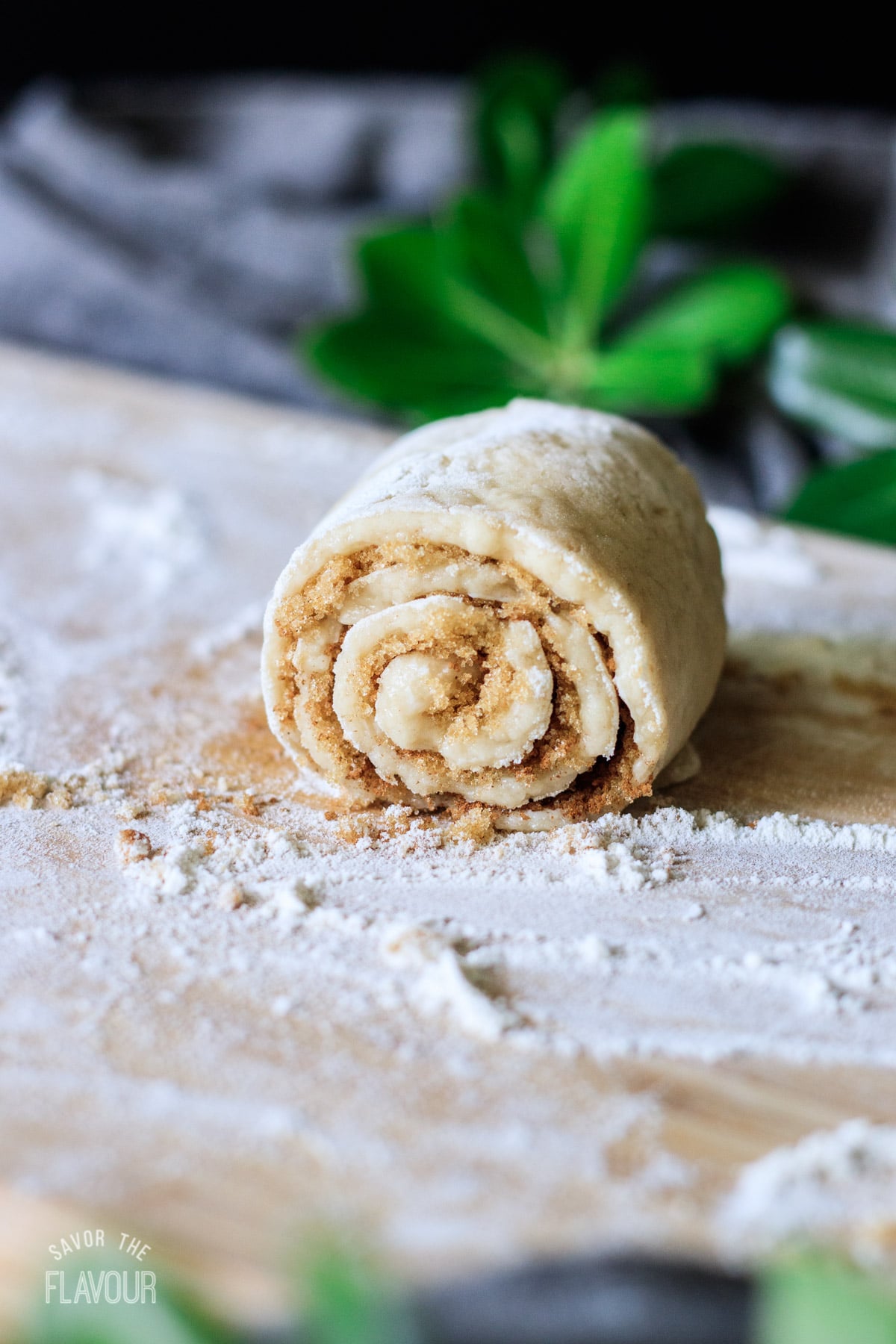 Place it swirl side up in a mug. 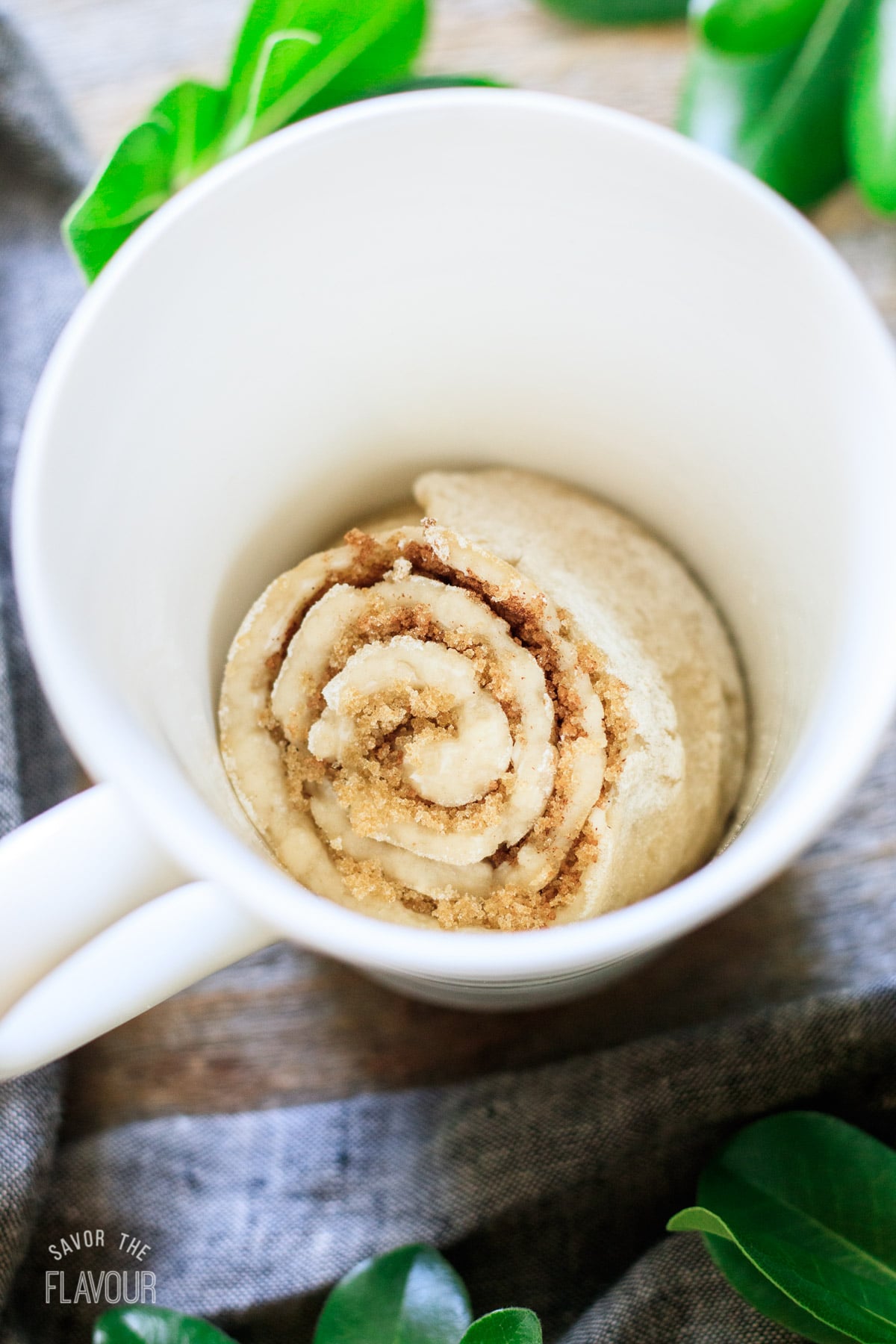 Microwave on high for 1 minute, or until a toothpick inserted into the center comes out clean. 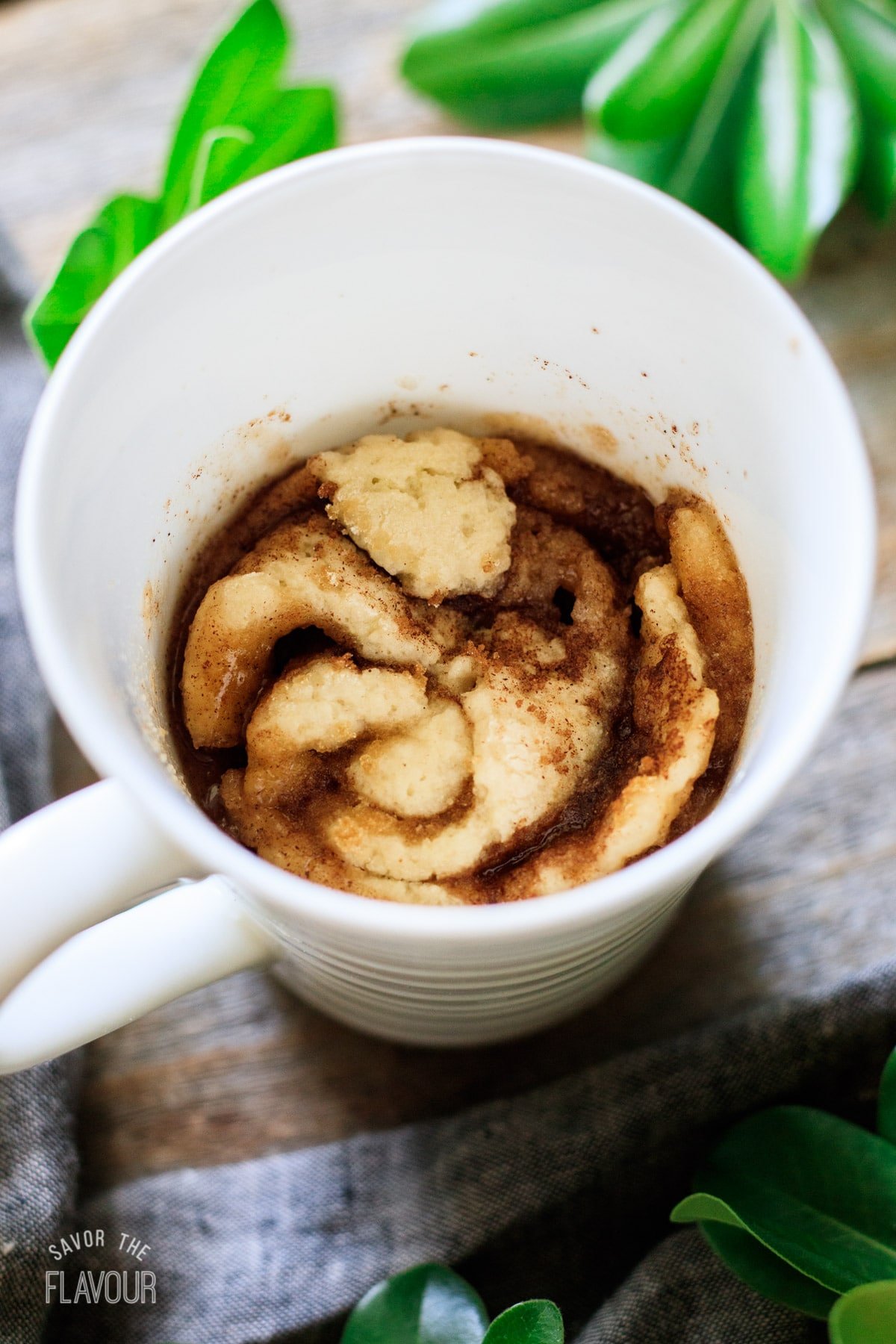 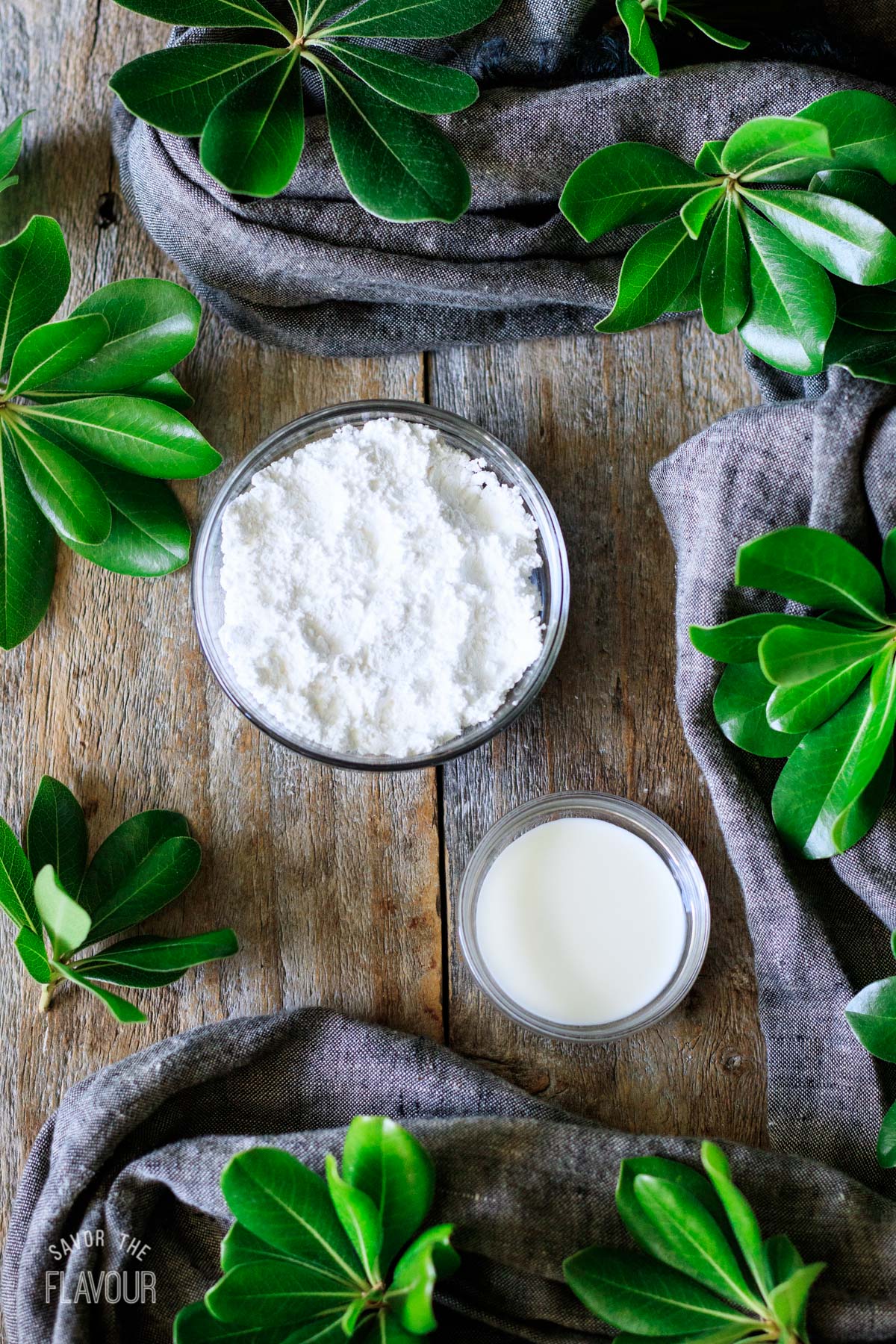 Sift the powdered sugar into a small bowl. 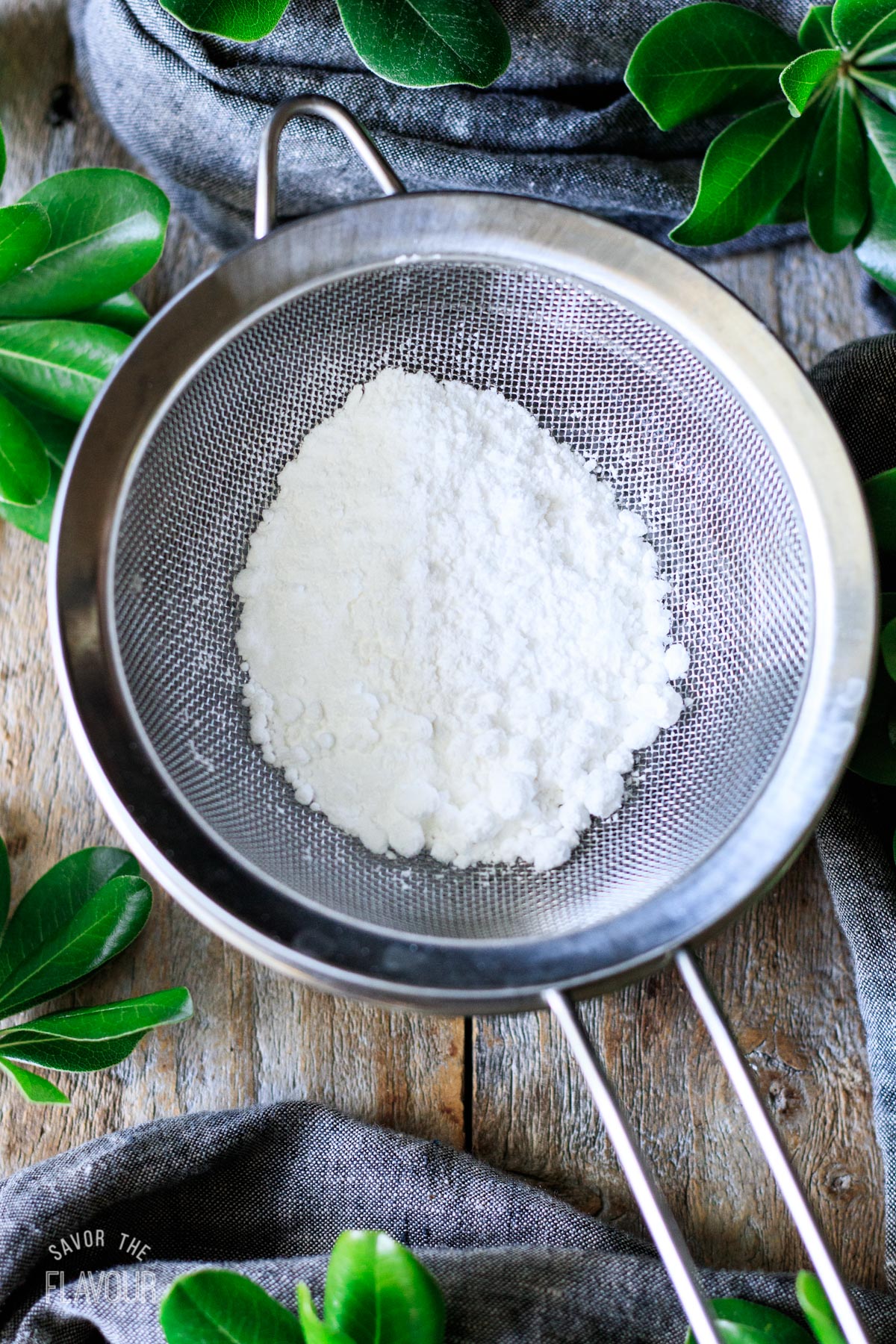 Gradually add the cream to make a thick frosting. 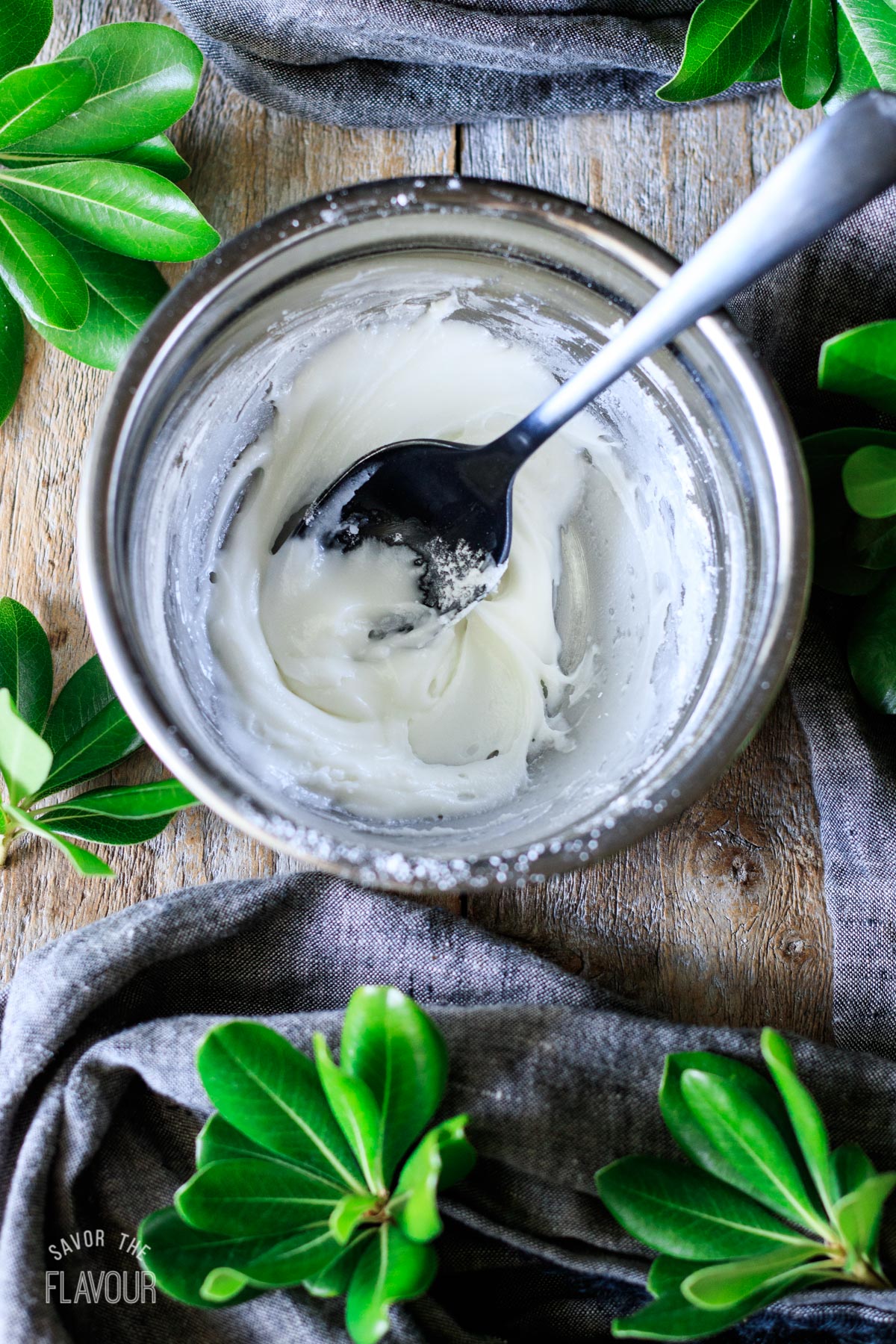 Pour the frosting on top of the warm cinnamon roll.  Let it cool for 10-15 minutes, then enjoy while it's warm. 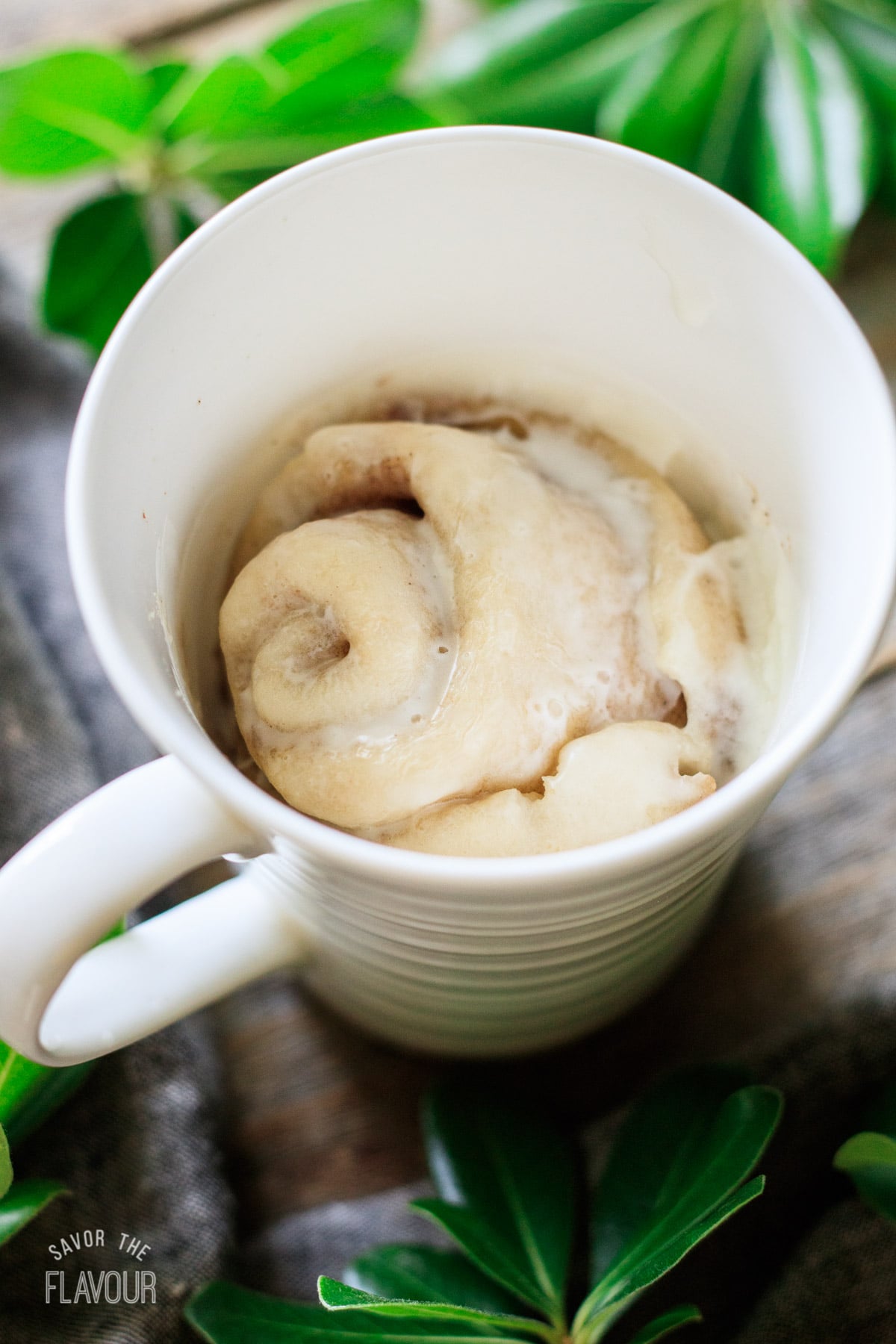 This super easy cinnamon roll in a mug cooks in one minute in the microwave! This is a gooey, buttery mug cake that you’ll be making all the time.