One of the first times I heard of Cuban bread was at our local homeschool co-op.  One of the moms suggested that we use it to make the garlic bread for the spaghetti lunch.  It sure looked delicious! 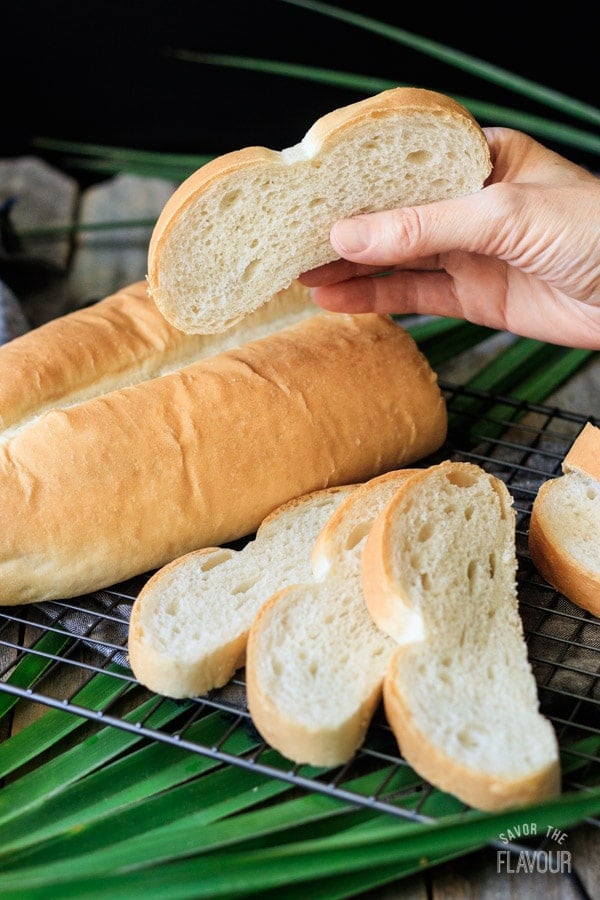 At your first glance, this bread looks like ordinary.  However, it has two characteristics that make it a lot different.  The key ingredient is the lard, which makes it really soft.  The second thing is that a palm leaf is traditionally used to make the split down the loaf. 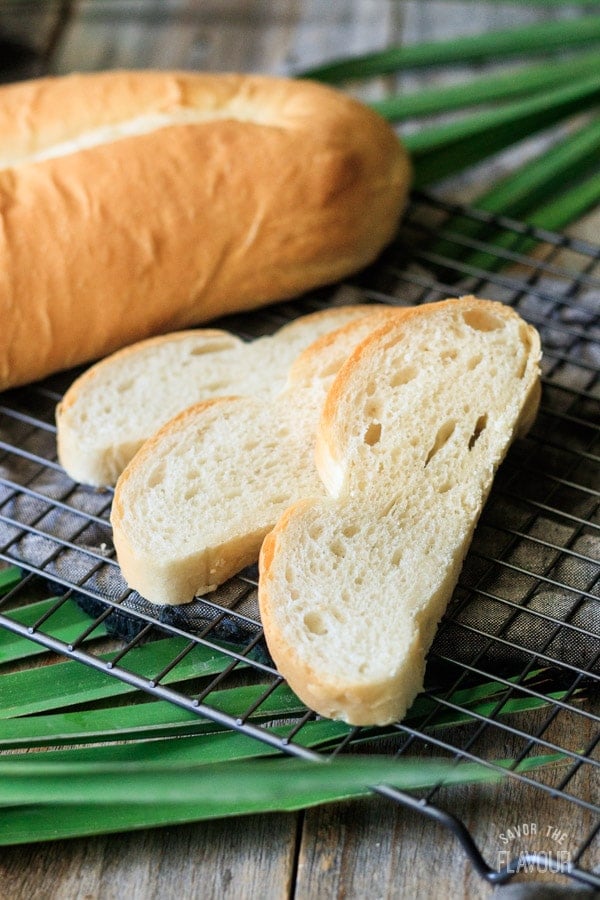 It actually originated in Florida, either Miami or Tampa. Francisco Ferlita opened a commercial bakery in Tampa in 1896 just for making this loaf.  Each one was sold for 3-5 cents and was often delivered daily to homes in the Tampa area.  Many people had a special nail at the front door where the delivery man would drive the bread onto the nail.

It has been very popular ever since, especially because it is used in the traditional Cuban sandwich.  In fact, La Segunda Bakery in Ybor City (a suburb of Tampa) makes 18,000 loaves every day!  Watch a tour of the bakery to learn more about the fascinating baking process. 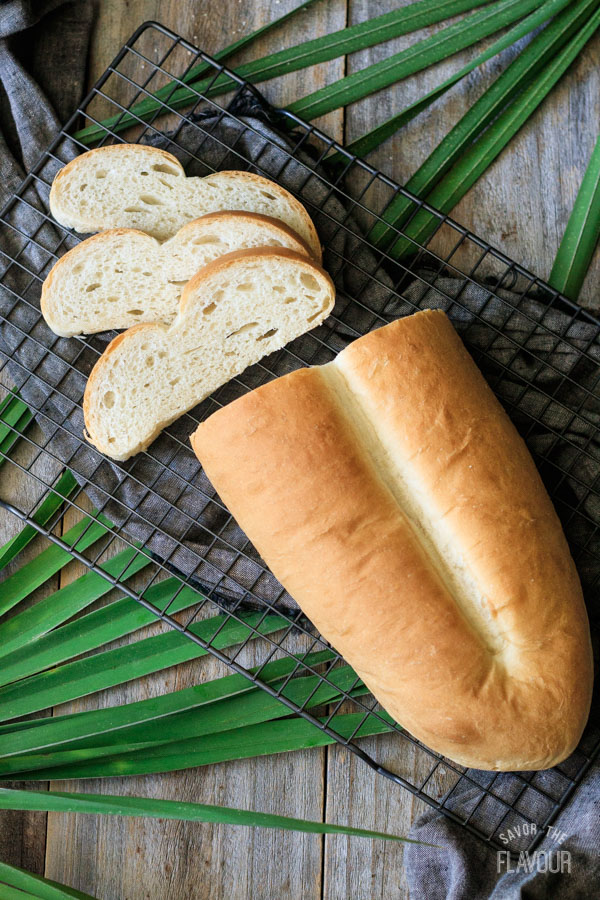 Short answer: a palmetto frond!  If you don’t have access to palmettos, just use a metal skewer instead to do the scoring.  You might be thinking, why use a palmetto frond?

This recipe really popular in south Florida, where there are abundant palmetto plants.  These plants also grow in coastal Georgia, where I live.  Homeowners in my county regard these hardy plants as annoying underbrush instead of intriguing tropical flora, so there’s no qualms about cutting off a few fronds or stems as they quickly grow back.

In the traditional “scoring” technique, strips of palm frond are pushed into the top of the bread.  As it rises in the oven, the palm frond causes the dough to split apart, creating the distinctive line down the loaf.  You can also use the hard stems of the palmetto if you’d like. 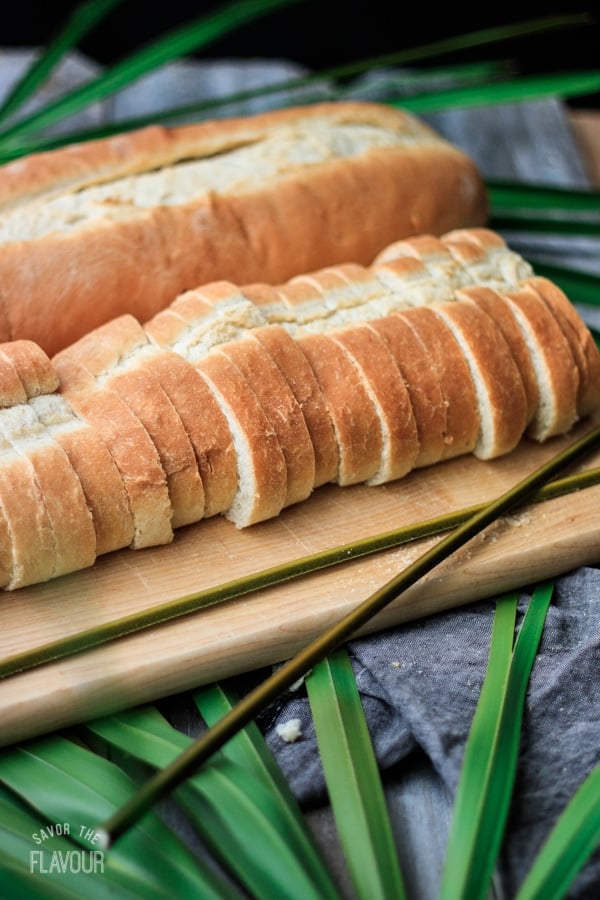 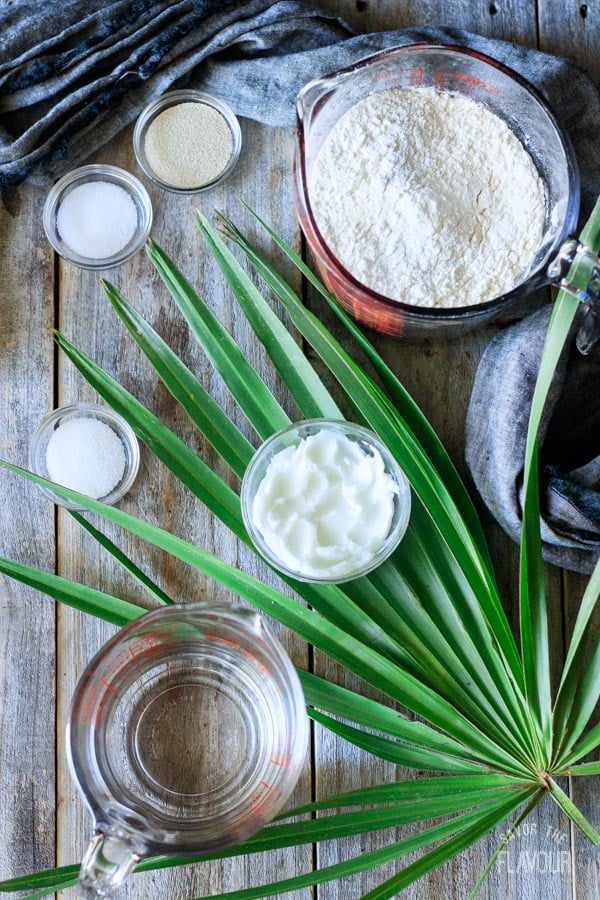 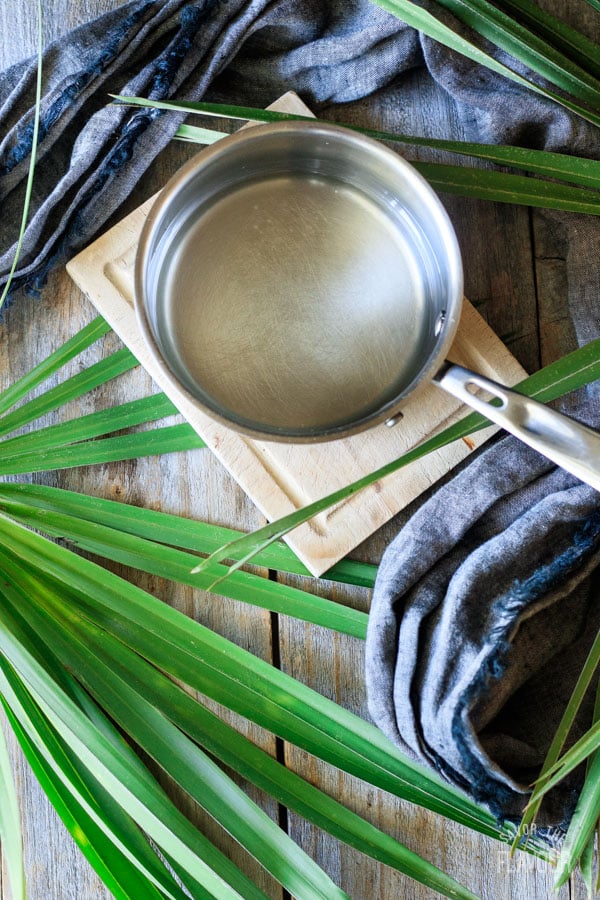 Sift the flour into a bowl. 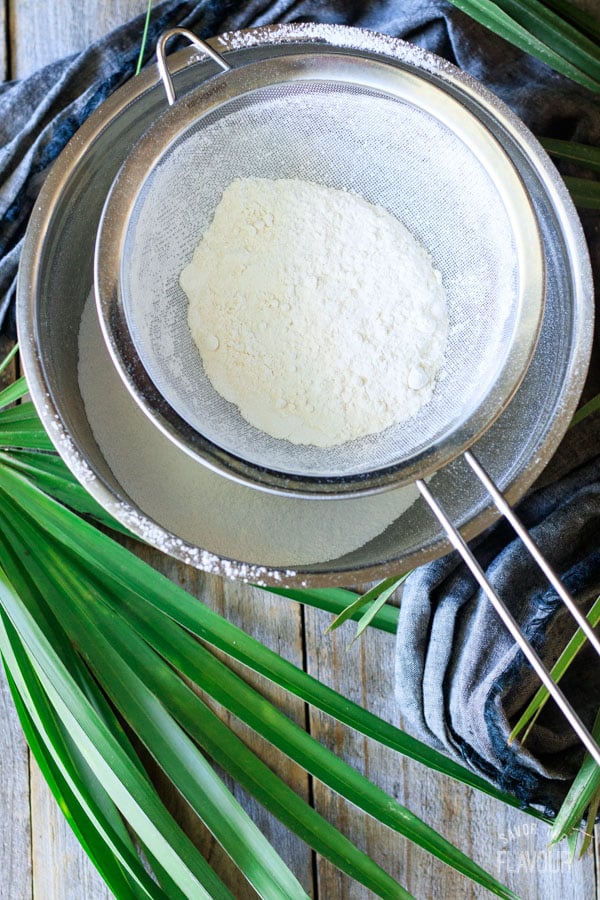 Mix together the water, yeast, and sugar in a measuring cup. 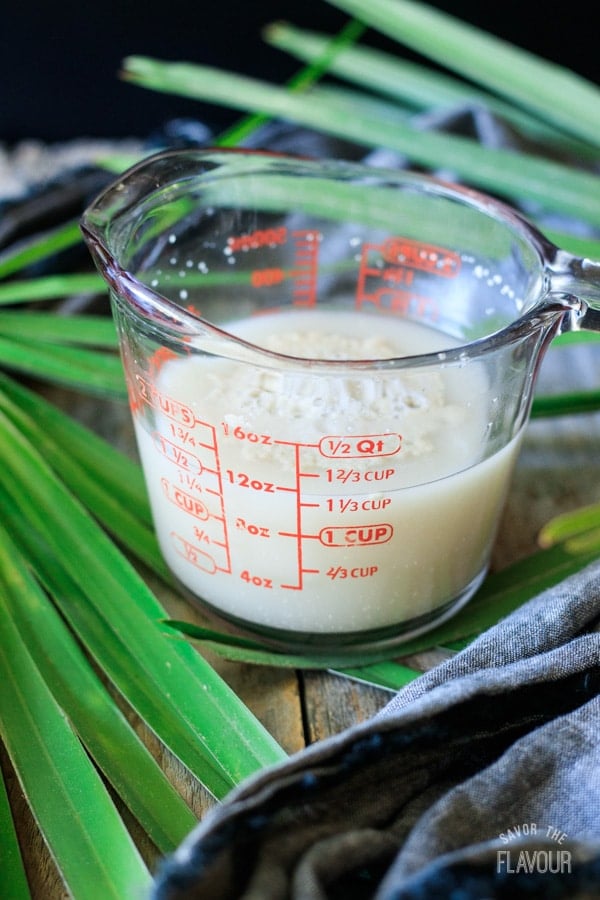 Pour the water mixture into a bowl and stir in the melted lard and half of the flour. 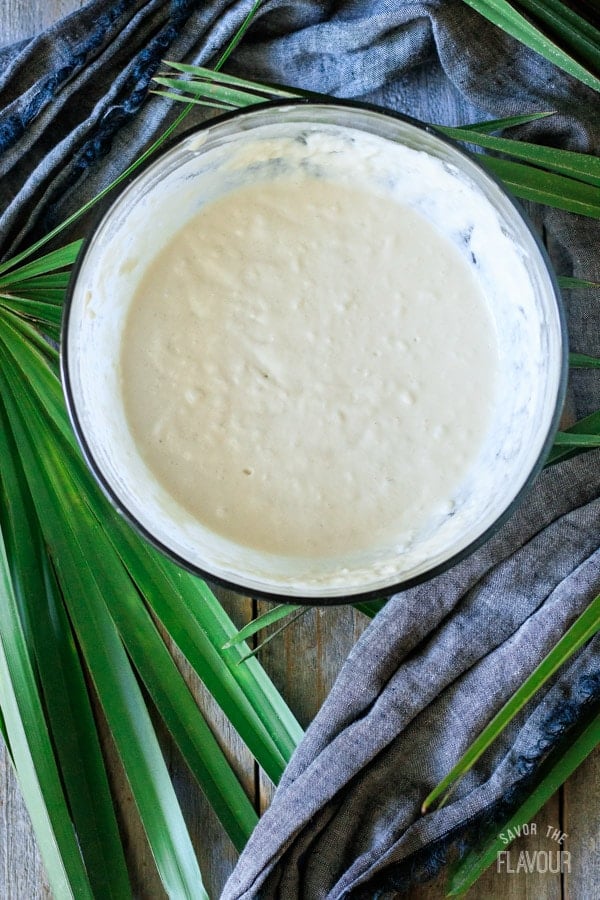 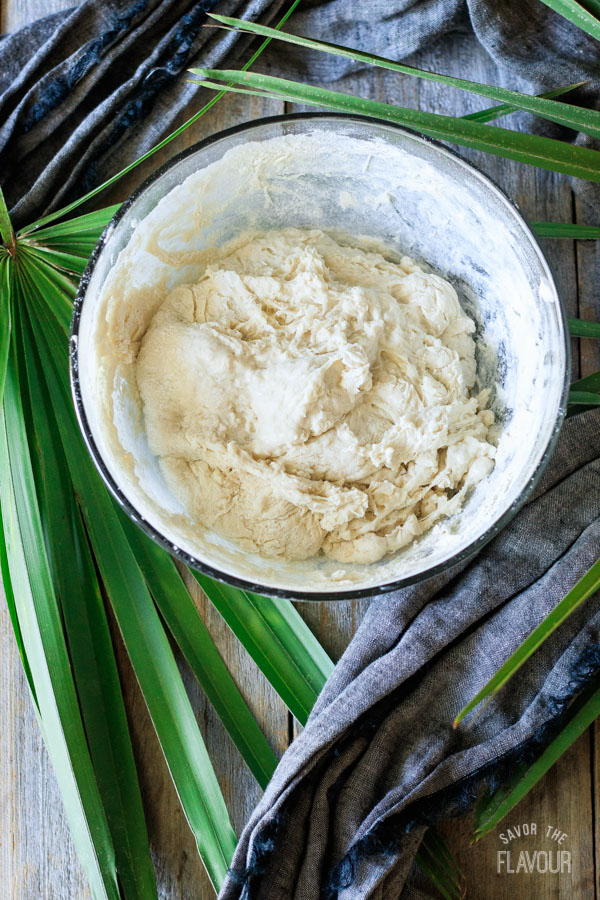 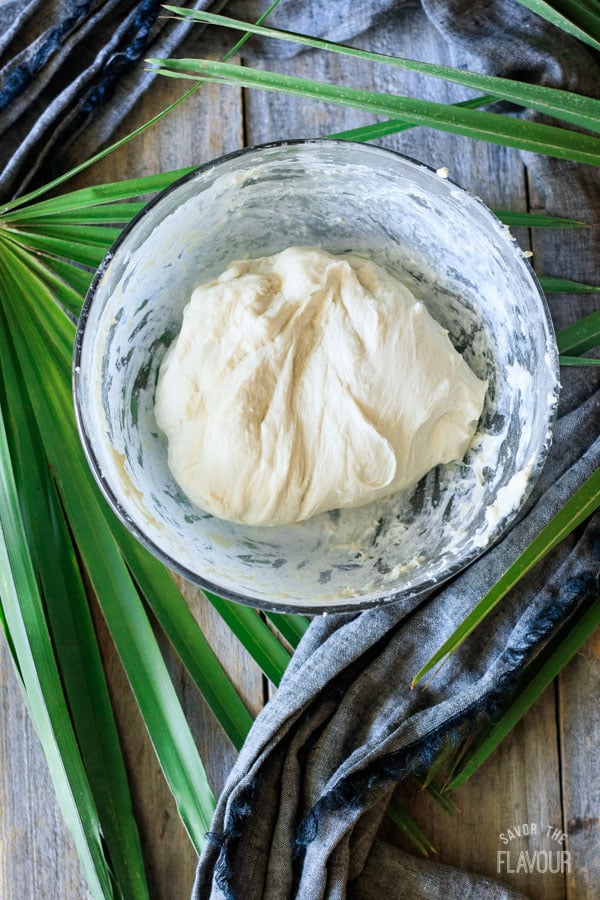 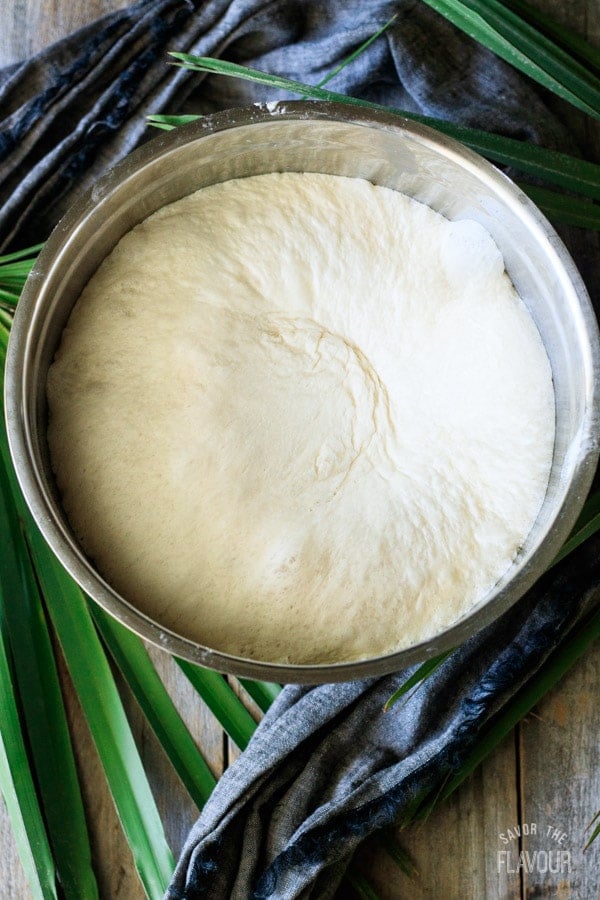 Punch down the dough, pat into a rectangle, then roll it up tightly from one of the long edges.  Pinch the seam to seal, then gently roll it out to make the loaf about 20 inches long.  Place on a cookie sheet dusted with cornmeal, semolina, or grits. 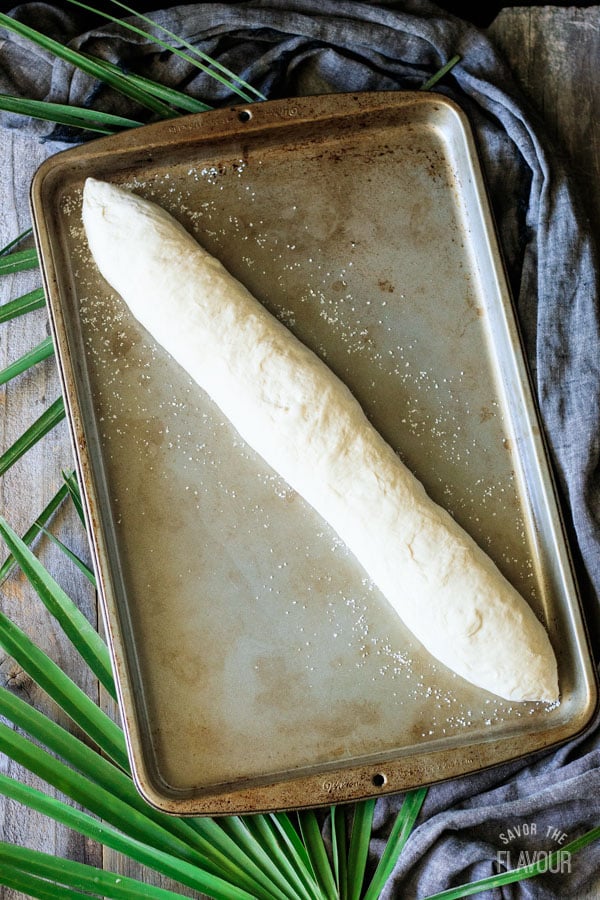 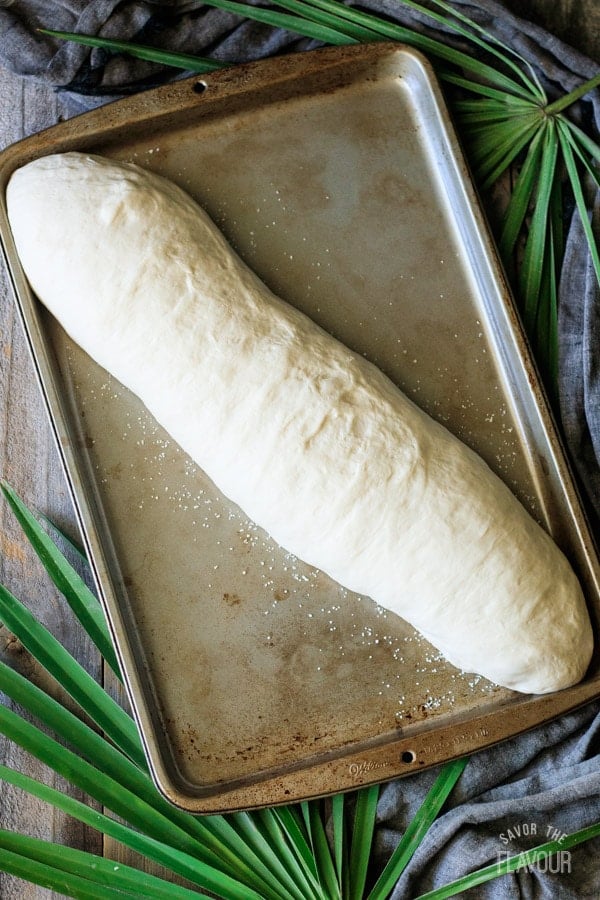 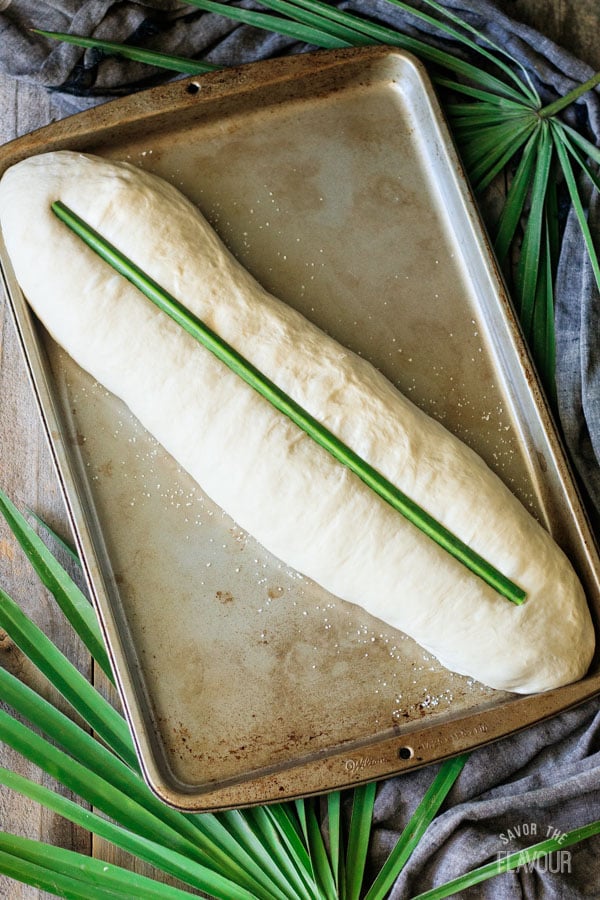 Whether you use this for garlic toast, homemade croutons, or a classic Cuban sandwich, you’ll be glad you made this yummy recipe!  It tastes amazing fresh from the oven and when it’s spread with butter.  The loaf also slices beautifully, which makes it ideal for sandwiches. 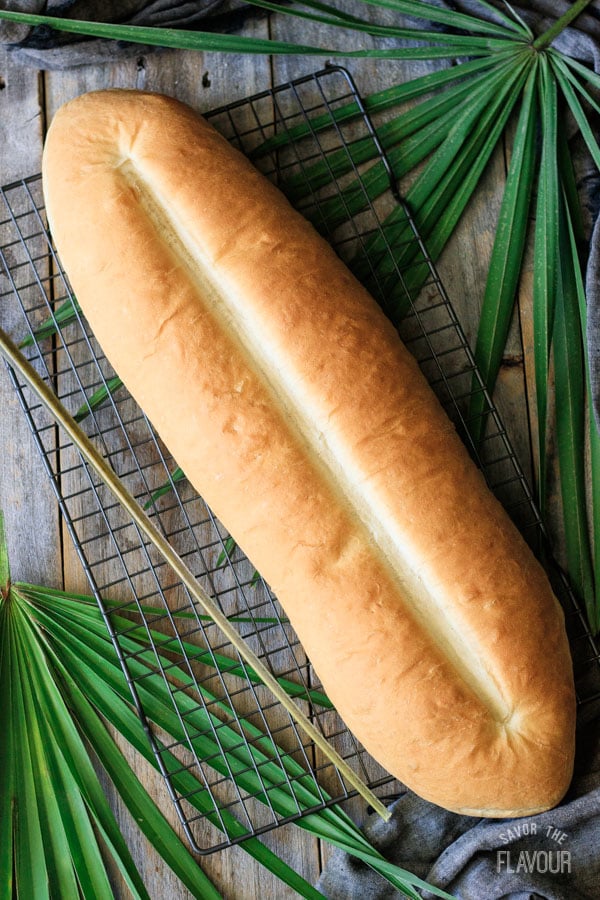 Homemade Cuban bread, or pan Cubano, is perfect for Cuban sandwiches or just eating plain with butter.  This recipe shows you how to make one loaf of soft white bread, so you don’t have to move to Miami or Cuba! 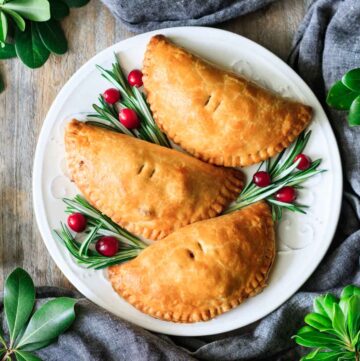 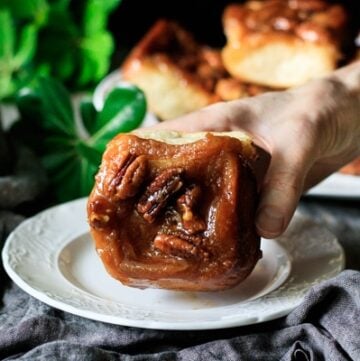