Low carb baked Scotch eggs are a traditional British party food that is low carb.  Baked or fried, they will be a tasty lunch idea to pack in your picnic basket while you enjoy the fun times of summer with family and friends.

Scotch eggs are a classic British picnic food.  They can be served hot or cold, with dipping sauce, gravy, or just by themselves.  Rumor has it that Scotch eggs were invented in London, but this dish’s inspiration comes from India and Pakistan.  The centers can be hard boiled or soft boiled, depending on your preference.  This British staple is traditionally fried, but my recipe bakes these scrummy morsels in the oven for a healthier version.

If you aren’t from the U.K., you might be curious what exactly is a Scotch egg?  It’s a boiled egg that is wrapped in sausage meat and then breaded.  It is then fried or baked until the outside is a crispy golden brown and the pork is no longer pink.

You might also be wondering, what do the British typically serve with Scotch eggs?  Since they prefer to eat them for afternoon picnics, they pack up other British picnic food like salads, pâté, Scottish cheddar cheese and crackers, pickled onions, jammy dodgers, and tea.  Enjoy these Scotch eggs along with millions of other British picnickers!  I encourage you to try a traditional British picnic this summer you will be pleasantly surprised at how lovely British food is.

If you liked this classic British picnic food, you may also like these recipes! 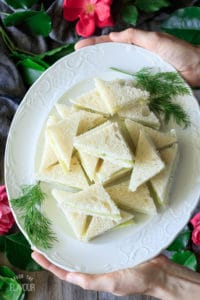 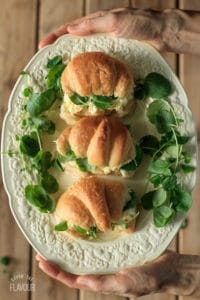 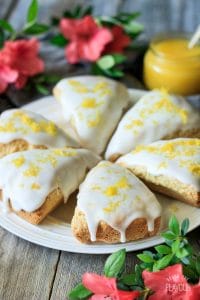 Low carb baked Scotch eggs are a traditional British party food that is low carb.  Baked or fried, they will be a tasty lunch idea to pack in your picnic basket while you enjoy the fun times of summer with family and friends.

This recipe can be made the night before.  The scotch eggs taste great cold, and also reheat nicely.